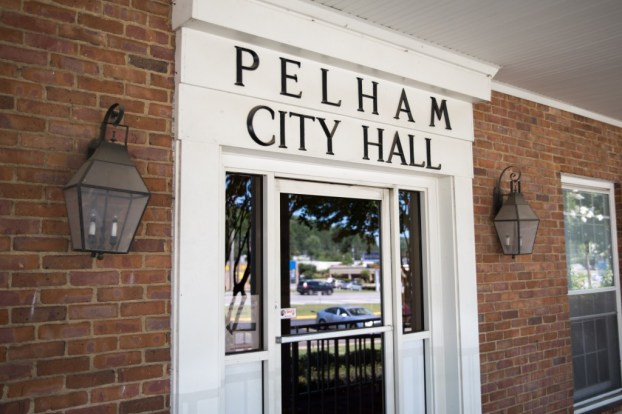 PELHAM – The Pelham City Council shared results and feedback from the city manager’s six-month performance evaluation at a meeting on Monday, March 5.

Council President Rick Hayes said city manager Gretchen DiFante was graded on a scale of one to six, with six being the highest score possible. Hayes shared results from the categories that the council feels are the most important.

DiFante had an average score of 5.17 for establishing good rapport with Mayor Gary Waters and city department heads and then a five for efforts made to get to know the city and residents.

Another performance evaluation will be conducted once DiFante reaches the one-year mark. After Hayes shared the results of the evaluation, Waters and the council members shared their thoughts on DiFante’s first six months on the job.

“Gretchen unlike us, is living with a personal stressor,” Waters said. “She’s living with a split family arrangement. Half of her family is still in New York and she and her two daughters are here. That alone can create a burden on anybody’s productivity, especially one as comprehensive as city manager. She’s risen to the occasion marvelously well and I appreciate it.”

Hayes said it was not an easy process for the city to make the decision to conduct a nationwide search for the city manager position and to find someone who was willing to relocate for the job.

“We’ve probably had more going on than just about any other city, especially for our size,” he said. “Learning about everything that we have going on and to step in and try to do what we’ve asked is certainly not an easy task.”

Councilwoman Mildred Lanier said having a city manager has been a transition and that she and DiFante have had different points of views about things.

“I would have to say, Gretchen and I – two intelligent women – have had different points of views about things,” she said. “I can’t sit here and say that we haven’t had differences because that wouldn’t be true. When you have a transition, you’re going to have differences of opinion and you’re going to have differences of thought. But I also say that in the midst of that, when we have had meetings, we have been able to talk about it and we have been able to disagree, but in the end, we come together as a team and I think that’s what I’ve seen. Even though there have been challenges in administrative approaches, I would say that we have been working together.”

Lanier closed by saying that DiFante is a “sharp woman” and that she has enjoyed getting to know her work style and looks forward to getting to work with her more in the future.

Hayes said one of the strengths of the council, mayor and city manager is that they’re always trying to do what’s best for the city.

“Even when we disagree, we find a way to move forward,” he said.

Councilman Ron Scott said what he likes about the city manager position is that it is unaffected by politics. He said the city has its “greatest asset” in DiFante and she will enhance the city’s ability to become a first-rate community.

“She’s going to be a big factor in how we go forward as a community in the years to come,” Scott said.

Councilwoman Beth McMillan said DiFante has a lot of vision.

“I’m so glad she’s here,” McMillan said. “I’m impressed with how well she’s fit in in such a short period of time.”

Councilman Maurice Mercer said he likes that DiFante is “very meticulous” with her work.

“She keeps us informed with email updates and she has an open-door policy in her office at City Hall,” Mercer said.

DiFante said she appreciates the opportunity to work for the city.

“There’s an enormous amount of work to do here, but I find that exciting,” she said. “I’m fortunate to have the support of the City Council and mayor, and the staff here is unbelievable. I feel very fortunate. It’s great to be able to surround yourself with a good team.”

DiFante said there are a lot of things that need to change in Pelham and that some of those changes will be uncomfortable for people, but keeping the lines of communication open will make the process easier. She said her goal is to make Pelham an even more fun place to work, live and an easy place to do business.

By ALEC ETHEREDGE | Sports Editor BIRMINGHAM – It’s been an up-and-down season through nine games for the Pelham Panthers’... read more