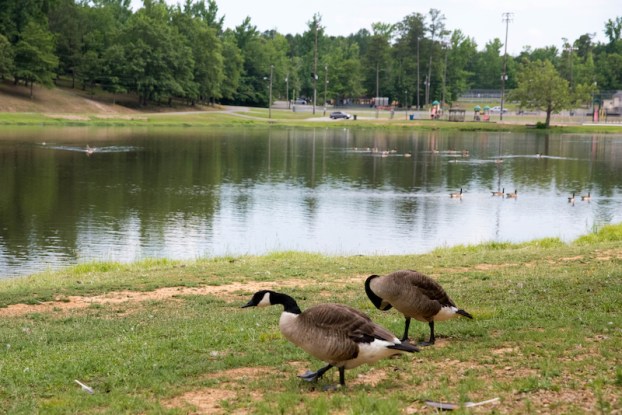 The city of Helena approved an amendment to a city ordinance that now prohibits the feeding of waterfowl on city property at the March 12, Helena City Council Meeting. (File)

HELENA–After months of discussion, research and an online petition that has gained several hundreds of signatures, The Helena City Council amended a city ordinance on Monday, March 12, prohibiting the feeding of wildlife and waterfowl that will include fines for offenses on city property.

Councilwomen Alice Lobell and Laura Joseph helped lead the charge to amend Ordinance No. 853-18 Section 6 with the end goal of making the city a cleaner place for both residents and visitors alike.

At the March 12, Helena City Council Meeting, the amendment unanimously passed after a second reading. Anyone not in compliance with the ordinance will face fines and penalties.

“Well it is a problem and it’s not going to be an immediate fix but at least we’re getting started and this is the right way to do it,” Lobell said at the Feb. 26 Helena City Council Meeting.

The meeting on Feb. 26 marked the first reading of the ordinance that would prohibit the feeding of wildlife and waterfowl on publicly owned lands in the city that includes city parks.

“Just as an overview, what we’re addressing is city property and not what’s in your back yard,” Helena City Council President Mike Jones said on Feb. 26. “We had a couple of questions on that previously so we wanted to reiterate that.”

The main area of concern among citizens in Helena has been pinpointed to Joe Tucker Park and the nearby cemetery. The online petition alleges the overfeeding of geese has led to an abundance of goose droppings in the park, as well as on the graves of those buried in the cemetery.

Section 6 of the Helena Code of Ordinances was amended to state that “No person shall purposely or knowingly feed, bait, or in any manner provide access to food to any wild animal or waterfowl within city parks or on other publicly owned lands in the city, or on any other lands within the city which are not owned by such person unless written consent to do so has been given by the title owner thereof and such written consent is in the actual physical possession of such person.”

The amended ordinance will now be enforced by animal control officers, code compliance officers and all public safety officers of the city of Helena. Failure to comply will result in a fine based upon the number of offenses.

The amended ordinance will fine an individual $100-200 upon conviction of a first offense or $200-500 upon conviction of a second or subsequent offense. Multiple offenses may result in an individual being imprisoned or sentenced to jail or hard labor for a period not exceeding six months, or both such fine and sentence, at the discretion of the judge.