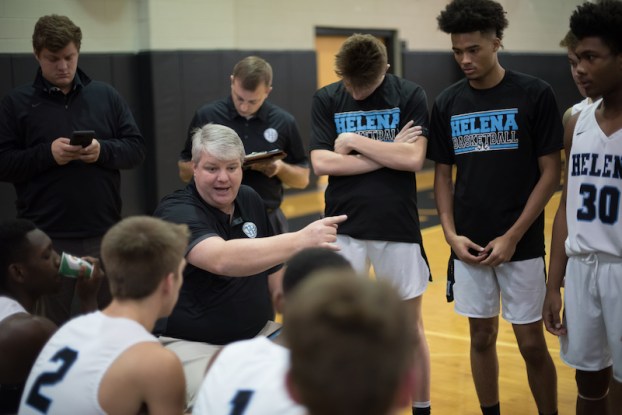 Helena's Chris Laatsch enjoyed his best season as a head coach after leading the Huskies to their first Sweet 16 appearance and a 30-3 record, which earned him the county's coach of the year award. (File)

HELENA – In his best season as a head basketball coach, Helena’s Chris Laatsch led the Huskies to their first-ever Sweet 16 appearance, to a 30-3 overall record and an area championship in both the regular season and postseason.

Yet as he sat down at his desk after being named the Shelby County Coach of the Year, Laatsch didn’t speak one word about himself, but instead boasted about this year’s team being one of the best he’s ever been around and the coaches in the area being so fantastic to compete again.

“A lot of coaches will judge their season on wins and losses,” Laatsch said. “To me, the judging of a team and its success is to look at where you are at the end of the year. Do we still have everybody pulling for each other and still believing in something bigger than themselves? I know we did that this year.

“When you think about preparing kids for life; that’s a lot more important than winning 30 games. So was this year a success? Absolutely. And we judge it based on that. As an educator, I care more about the young man that you’re influencing and not just the basketball player, and these kids bought into those lessons and embraced what we were teaching.”

Laatsch referred to the level of effort being just as intense at the beginning of the season as it was at the end, which he also credited to the team’s success. 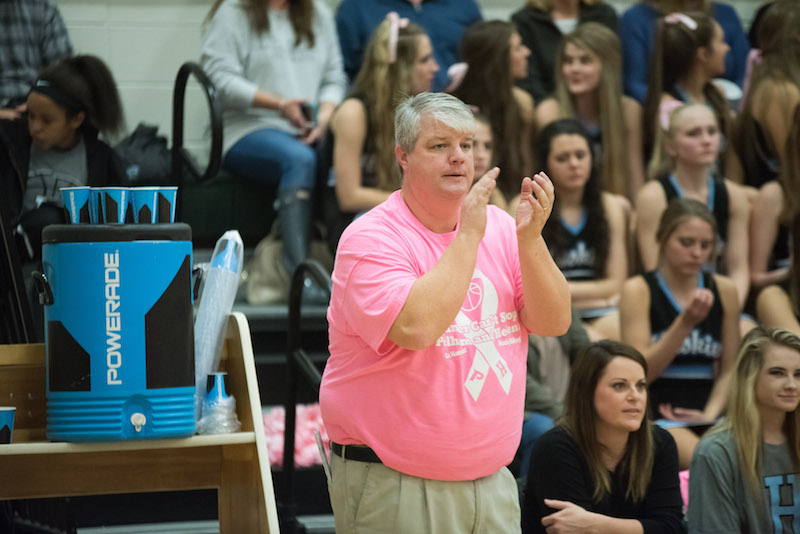 It was a start that featured a quick 5-0 start with wins over Thompson, Vestavia twice, Spain Park and Robert E. Lee. All five of those wins came against Class 7A teams, which got the Huskies’ confidence boiling over early in the season.

“Heading into Thanksgiving we were 5-0 and these kids just believed they were supposed to win,” Laatsch said. “Every college coach that saw our team play kept talking about the selflessness that our team played with, how hard our kids played and the way they shared the ball and that’s when I started realizing this team could be special.”

It was something that might have been slightly unexpected with the loss of leading scorer Jon Brown off of last year’s team as well as three other seniors and three guys that decided not to come back to the team, but this team didn’t let that alter their confidence going into the 2017-18 season.

“It floored us as coaches how confident our guys were this summer,” Laatsch said. “They just expected to win and we were winning games this summer that we thought as coaches we may struggle in this year because of the mindset they were able to bring to the table.”

Laatsch went on to say that that start led to some special and memorable moments that included winning the Vestavia tournament, repeating at the Fort Payne tournament and making it to the championship of the Jefferson-Shelby Hoops Classic.

It was all thanks to his players buying in, including the leadership of senior Justin Stuckey.

“He came to me two years ago asking how he could work on his leadership,” Laatsch said. “I told him that he had to be at his best in order for him to demand the best out of everyone else. When he finally got to being his best every day, he was able to hold other guys accountable in the right way.” 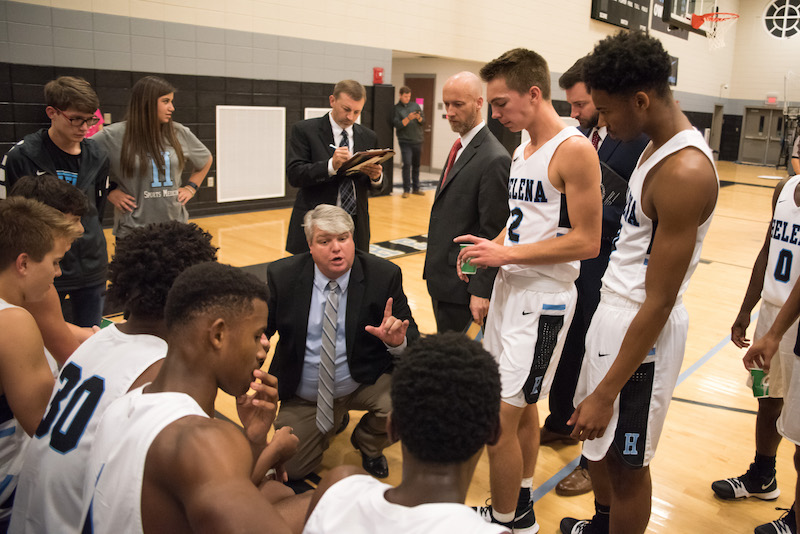 He along with Dionte Tolbert were both strong seniors that had to step up to help this year’s team, but guys like Deven Tucker and Ben Rose were also key factors in the team’s success.

“Those four seniors were as good of leaders as I have had in 24 years of coaching,” Laatsch said. “The unity, comradery, togetherness and selflessness of this team rivals any team that I’ve ever had.”

That’s a sentiment that carried over into every word Laatsch spoke as a season that included his 350th win, several team firsts and possibly his best season as a basketball coach, couldn’t have been any more about his kids than himself.

“That’s what drives me,” Laatsch said when talking about the impact he has on so many kids every year. “Hoping that somehow through the vehicle of basketball I can help make them a better man, husband or father some day is what drives me.”

He said he often pulls out team pictures from past years and just reminisces and prays for those guys. His care for them shows as several of those former players show up throughout the year and on his 350th win celebration many from as far back as 20 years ago showed up.

Now, after his best season in the last 24 years, there will undoubtedly be several of this year’s senior class that visit often from one of his most special teams, while next year’s squad is already buying into that same belief and confidence that this year’s team exemplified.