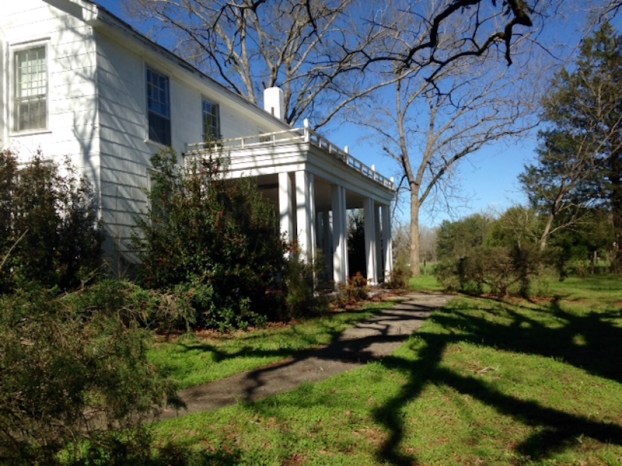 We all know that old saying about not looking a gift horse in the mouth, right?

For the city of Montevallo, perhaps the time has come to change that saying to: Never look a gift HOUSE in the mouth, or, at least, not in the walls, under the floor or up in the attic . . .

Before Elizabeth Mahler died, she gave the city her 167-acre Shoals Creek Farm and the home where she had lived her life. The house dates to the 1840s with renovations from the 1950s—both well before building inspections came to rural Shelby County.

The Mahler House is a landmark on Alabama 119 south of the National Cemetery and the American Village. For decades, black Angus cattle fed on its rich pastures and drank from its creek.

The farm has been named “Shoal Creek Park” (without the “s” of the farm’s recorded name), and plans call for walking trails and a possible connection to the other major Montevallo parks (Orr Park and Stephens Park) via a connecting trail.

One of the conditions of Miss Mahler’s gift is that the city “shall preserve the old Mahler home place” . . . “for the purpose of enjoyment and usage” of Montevallo and its residents. For this purpose she designated $300,000 in her will, said City Clerk Herman Lehman.

The transfer of ownership happened in 2013. Initially, the place was used for meetings, but nobody is much enjoying or using the old house these days.

And the Montevallo Historic Preservation Commission recently presented a document to the City Council complaining that the house has not been added to the National Register of Historic Places and criticizing “the dire condition” of the place.

Termites, asbestos, mold and rot are the principal culprits, according to the report prepared for the Montevallo City Council by Christy Cobb Consulting Engineers. It is a safe bet that those 1950s renovations probably were not made by a licensed contractor. The bathrooms that had been added to the second floor and HVAC in the attic put excess weight on supporting beams, the report said.

Lehman said the house doesn’t sit on an ordinary foundation. One of the singular features of the Mahler property is random outcroppings of rock. In the 19th Century, frugal construction dictated that a builder make use of what he had.

“In several places the house sits directly on that solid rock,” Lehman said. It may have been careful stewardship in its time, but more than 150 years of settling have led to a visibly unlevel floor in several downstairs rooms.

Because of this peculiar under-pinning, consultants who have looked the place over, Lehman said, believe the only sure way to make the place safe for civic use is to hoist it up off the rocks and build a foundation strong enough to support the structure.

And that’s just the beginning.

“Everybody who looks at it tells us it would be cheaper to tear it down and build something just like it,” he said.

However, that is not an option because of the terms of the gift.

By NANCY WILSTACH / Community Columnist Hang around Mary Frazier’s place long enough and you will learn how to do... read more