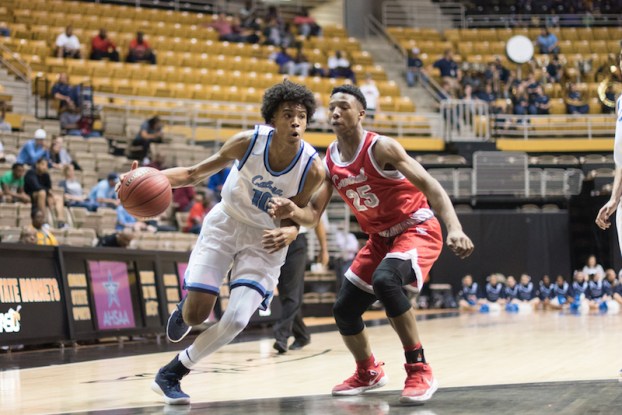 The 2017-18 All-County basketball team has been released and features four teams of the best talent in the county along with honorable mention. (File)

With a total of six boys’ basketball teams from Shelby County making the postseason and three advancing to the Sweet 16 of their respective classification, it was an incredibly strong basketball season for the county.

While Calera’s Elite Eight appearance was the furthest a team made it, we also saw the first ever trip to the Sweet 16 for the Helena Huskies and the return of the Vincent Yellow Jackets to that same round as well.

All three of those teams reached 25-plus wins, while the Huskies finished with the county’s best record of any boys or girls teams with a 30-3 mark giving head coach Chris Laatsch his best season in 24 years of coaching.

Below we take a look at the best talent that was on display during the 2017-18 season with our All-County team.

With only five spots on each of our four teams, each of these players is special and elite when it comes to the sport. They all left their mark on the county with the way they carried themselves not only statistically, but as leaders as well.

Guard – Justin Allison, senior, Pelham. 25 points, 4.8 rebounds, 2.3 steals and 2.2 assists per game. An obvious choice for player of the year in Shelby County, Allison was the only player to score at least 20 points per game this season. A special career as a three-year starter has come to an end and his flashy, yet laid back style of play will be missed. 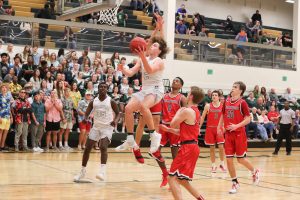 Guard – Jamarcus Green, senior, Montevallo. 17.3 points, 4.4 rebounds, 4.1 assists and 1.9 steals per game. Despite a rough season for the Bulldogs, Green was one of the most impressive players in the county. He finished as the second highest scorer this year, while also being one of the top assists leaders. 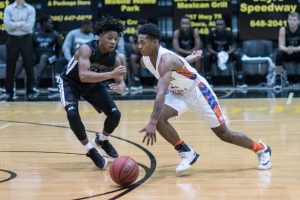 Guard – Justin Stuckey, senior, Helena. 15 points, 6 rebounds and 3 assists per game. Not many words can describe Justin Stuckey, but if you’ve seen him play you know the leadership he has. He paired with that some unbelievable talent to lead the Huskies to their best season in school history—a season that will hold up for a long time to come. 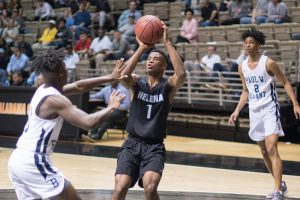 Forward – Michael Hiers, senior, Briarwood. 16.3 points, 6.2 rebounds and 1.2 assists per game. The do-it-all athlete matched his unbelievable season on the gridiron with a flashy season on the hardwood. Despite playing with an injured hand most of the season, Hiers was yet again one of the most elite performers in the county as the Lions made the postseason for the second consecutive year. 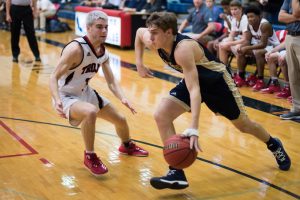 Forward – Cornelius Brown, junior, Calera. 15.3 points, 4.6 rebounds and 1.7 assists per game. Like Hiers, Brown flashed his excellence on the football field this season, but his basketball skills were some of the naturally best I saw. If he returns to the court next year and pushes himself, he could be the best in the county. 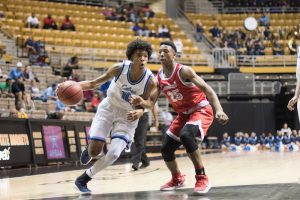 Guard – C.J. Smith, junior, Calera. 13.3 points, 3.8 assists and 3.1 rebounds per game. A point guard with a ton of athleticism and a high basketball IQ, Smith led the most fun show in basketball this season surrounded by athletic forwards as well as two-guard Kevin Dowdell. 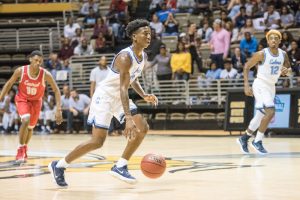 Guard – Nathan Bates, junior, Shelby County. 17.2 points, 4 rebounds and 4 assists per game. Bates was undoubtedly the best pure 3-point shooter in the county this year and it led to a strong scoring mark. What went unnoticed was his growth as a leader and his four rebounds and four assists per game. 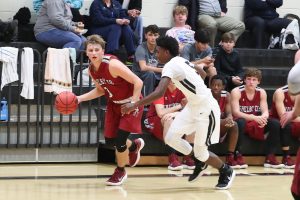 Forward – Tyler Millin, senior, Calera. 14.7 points, 9 rebounds and 2 assists per game. A freak athlete. Nothing else can describe Millin. He looks more like a college athlete than anybody I have seen through two years of this job and was one of the most exciting players to watch. If he gets a polished jump shot, he’ll be tough to stop at the next level. 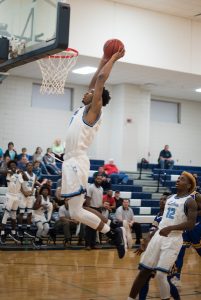 Forward – Chris Brown, junior, Pelham. 13.5 points and 8.1 rebounds per game. The second of two double-double machines on this team, Brown had a breakout junior season to give the Panthers a nice 1-2 punch between he and Allison. Brown will be the undoubted leader heading into next season as a senior. 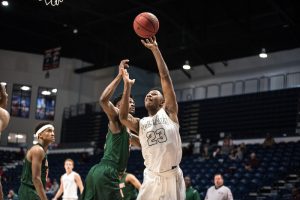 Center – Chris Hardie, junior, Vincent. 12.8 points, 9.7 rebounds and 0.6 assists per game. The final of the double-double trio, Hardie was just shy of averaging a double-double for the season. He was able to wear down defenses in the second half all season and was an integral part of Vincent’s Sweet 16 run. It was tough to leave off all four of the other starters, especially seniors, Zavien Kelley and Stanley Cooper, as each player was important to this year’s squad. 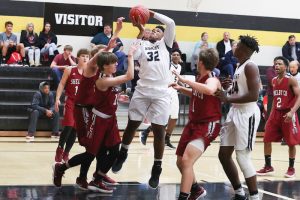 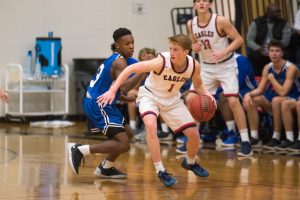 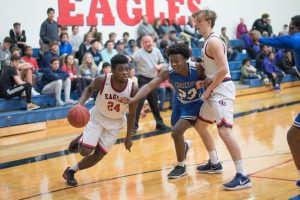 Guard – Dionte Tolbert, senior, Helena. 7 points, 5 assists, 4 rebounds and 3 assists per game. While his stats don’t jump off the page, Helena would have been nowhere near a 30-win team without Tolbert. He was one of just two players in the county to average at least three in the four major statistical categories. 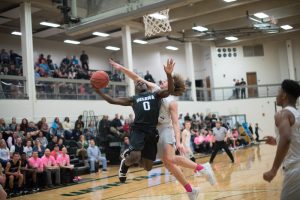 Guard – Matthew Lanzi, junior, Chelsea. 9 points, 4.7 rebounds, 1.8 assists and 1.5 steals per game. Lanzi jumped between starter and coming off the bench throughout the season and still averaged close to double figures. Despite being a smaller guard, he was able to battle for 4.7 rebounds per game, which says all you need to know. 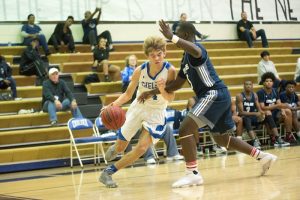 Forward – Carson Donnelly, senior, Briarwood. 11.7 points, 3.2 assists, 2.5 rebounds and 1.1 steals per game. An all-around solid player that hustled every second of every game this season. Seeing his leadership can inspire anybody and it helped Briarwood make its second straight playoff appearance after a 10-year absence. 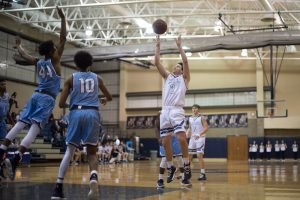 Center – Deven Tucker, senior, Helena. 7 points, 7 rebounds and 2 blocks per game. Like Tolbert, Tucker’s stats don’t jump off the page, but his improvement was something that was obvious and worthy of the praise. His seven rebounds per game were fifth in the county, while his two blocks per game led the county. 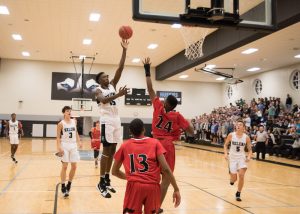 Guard – Jabez Kirksey, sophomore, Evangel. 17.3 points, 4.4 rebounds, 4.1 assists and 1.9 steals per game. Just a sophomore, Kirksey was the key in leading this year’s Lightning squad to the Final Four. The thought of him being back for two more seasons is scary for all of Evangel’s opponents.

Guard – Garrett Cupp, senior, Hope Christian. 12.4 points, 3.6 assists, 3.3 rebounds and 2.3 steals per game. Cupp did it all and it shows in his stat line. He and Kerry Welch led Hope to one of its best basketball seasons in school history.

Guard – Ethan Cohen, junior, Cornerstone. 17 points per game. Cohen was one of two basketball players to average 17 points for Cornerstone. The Chargers season ended short of a championship, but they were in almost every game this year.

Forward – Tanner Falkner, junior, Cornerstone. 17 points per game. Falkner is the epitome of an athlete. He flashed it in football and basketball this season as head coach James Lee couldn’t talk about him enough in either sport.

Center –  Kerry Welch, senior, Hope Christian. 16.7 points per game and 8.6 rebounds per game. A dominant big man that could take over game, Welch was key for Hope this season. The departure of him and Cupp will be tough moving forward as they were two of the county’s best players.