A Harpersville man was arrested on March 11 and charged with trafficking heroin, possession of marijuana and possession of drug paraphernalia. 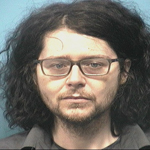 Erik Aaron Bailey, 34, who lists an address off Deerwood Lake Drive, is being held at the Shelby County Jail on bonds totaling $252,000, according to court records.

Police allege Bailey was in possession of 6.4 grams of heroin, along with marijuana and drug paraphernalia, at his residence on March 9.

A preliminary hearing in the case has been set for 8:30 a.m. on April 4 with District Court Judge Daniel A. Crowson Jr. presiding.

PELHAM – Residents will have a chance to declutter their homes by disposing of unused electronics and heavy trash items... read more