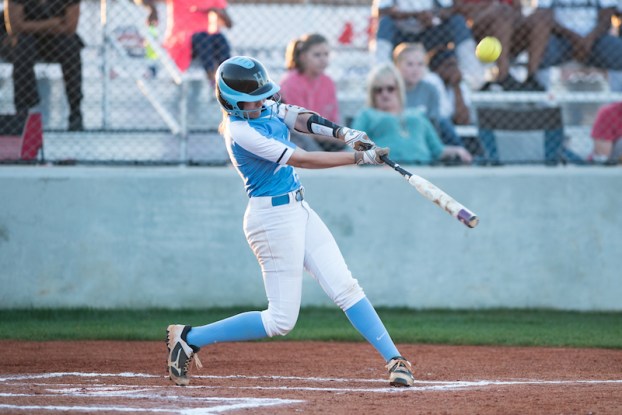 Helena scored 15 runs on 10 hits in five innings in an area game against Chelsea on Tuesday, March 13. (File)

HELENA–The Helena Huskies varsity softball team had another big test on Tuesday, March 13, but were up for the challenge as they cruised to a 15-3 10-run rule win over area foe Chelsea to stay undefeated in area play.

The Huskies were led at the plate by Jamie Gregg, Grace Robertson, Katie Lively and Megan Fortson who collected multiple hits and RBIs as the Hornets committed six errors in favor of Helena.

After a scoreless first inning, it was Helena that got on the board first in the bottom of the second inning after two consecutive errors by Chelsea. Lively would score on those errors after a lead-off double to make it 1-0.

Later in the inning, Helena scored on a sacrifice bunt and an RBI single by Gregg to make it 3-0 Helena. Robertson was hit by a pitch with the bases loaded to cap off a four run first inning.

After adding another run in the bottom half of the third, Chelsea found themselves trailing 5-0 but things began to come together in the top of the fourth inning.

Helena pitcher Peyton Doriety had trouble finding the strike zone and walked two of the first three Chelsea batters to open the fourth inning. The Hornets took advantage to score three runs on an RBI single by Karson Rich, a fielder’s choice and an error to cut the lead to 5-3.

Helena would rebound quickly as Robertson led off the bottom of the fourth with a double and would score one batter later on an RBI single by Lively. Two more RBI singles by Tori White and Gregg, as well as a fielder’s choice led to four more runs for the Huskies as they now led 9-3.

The game would be called in the bottom of the fifth inning as six straight Helena batters would reach base to begin the inning before the first recorded out. The final runs of the game came on a three-RBI double by Gregg to clear the bases to give Helena the 15-3 win.

Gregg finished 3-for-5 at the plate with five RBIs, Robertson went 2-for-3 with one RBI and two runs scored, Lively was 3-for-4 with two RBIs and three runs scored and Fortson drove in three RBIs for the Huskies.

Helena pitchers Avery Barnett and Doriety combined to give up just five hits as Barnett earned the win giving up no runs in three innings.