COLUMBIANA – A man who formerly listed an address in Vandiver recently pleaded guilty to first-degree rape in Shelby County Circuit Court, and will spend the next five years in prison.

Phillip Gregory Burns, 49, who currently lists an address at the Shelby County Jail in Columbiana, was sentenced to a total of 20 years in prison on Wednesday, Feb. 14. His sentence was split, meaning he will serve five years in prison followed by two years of supervised probation. 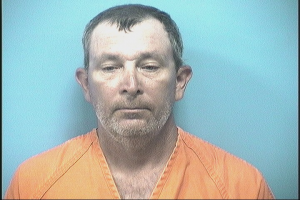 Because Burns pleaded guilty to the crime, he waived his right to a trial. Through a plea agreement with prosecutors, the first-degree sexual abuse charge against Burns was dropped. He received 935 days of jail credit for time already served in the Shelby County Jail.

Burns was initially arrested and charged with first-degree rape and sexual abuse in the first degree on July 26, 2015, after indictments for both charges were issued in September 2014. First degree rape is a Class A felony, and could have resulted in a life sentence.

Burns’ indictment accused him of “intentionally engaging in sexual intercourse with a female by forcible compulsion” between Jan. 1, 2006 and November 2012.

Burns’ 20-year sentence was split with five years to serve in the Alabama Penitentiary. Additionally, Burns was ordered to pay $500 to the Fair Trial Tax Fund, $50 to the Crime Victims’ Compensation Fund and a $30 Jail Housing Fee by Feb. 14, 2023.

Because Burns was convicted of a criminal sex offense, he will be required to fully comply with the requirements of the Alabama Sex Offender Registration and Notification Act upon his release. Burns was also ordered to avoid initiating contact with the victim.