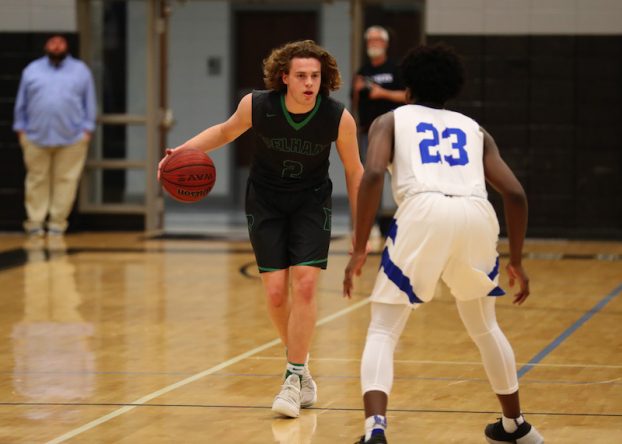 While many were more than deserving, Pelham’s Justin Allison and Vincent’s Chris Hardie were the only two players from Shelby County to make the 2017-18 boys basketball All-State team.

Allison was named to the Class 6A first team after an unbelievable season that featured 25 points, 4.8 rebounds, 2.3 steals and 2.2 assists per game as well as a trip to the postseason for the Panthers.

From the start of the season back in November, you could just tell it was going to be special as he joined the 1,000-point club in his first game of the year with a 31-point performance, and then followed that up with a second straight 31-point game a few days later to give him 62 through two games.

His season ended like it began with an unbelievable performance against Opelika in the sub-regionals where he posted 34 second-half points and 41 for the game to keep his team alive until eventually falling in overtime.

A lot of his special performances saw him battling against double and even triple teams throughout the season.

Allison had another game where he scored 44 points against Hillcrest-Tuscaloosa and ended the year with a total of 649 points, which led to accumulating a total of 1,577 points for his career with the Panthers closing out a special chapter.

Missing out on the Class 6A team were Helena head coach Chris Laatsch, who after leading the Huskies to a 30-3 record had a strong chance at coach of the year, as well as Laatsch’s senior guard Justin Stuckey, who was the key to that success with his leadership and 15 points, six rebounds and three assists per game.

Hardie, a guy that had to play in the post at 6-foot-1, was one of the more bruising players in the county this season. He averaged close to a double-double with 12.8 points and 9.7 rebounds per game. 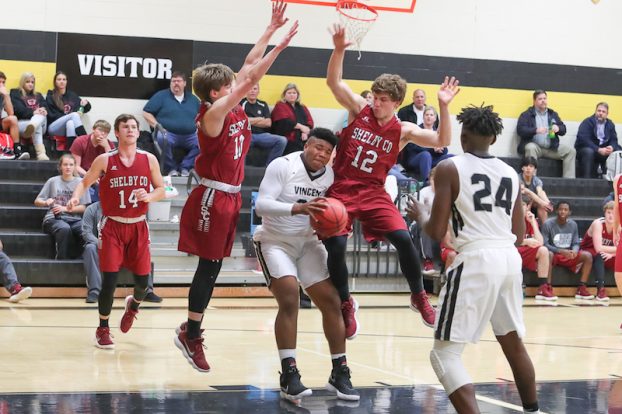 Also one of the best football players in the state this season, Hardie’s size was able to help him be a punisher in the post each and every game despite not always being the tallest player on the floor.

His effort down low led to him leading the county in rebounding by 0.7 rebounds. A lot of his punishing effort came in the second half as he wore teams down throughout the game to make his job easier late in the game earning plenty of trips to the free throw line.

As just a junior, Hardie along with two other starting sophomores, will be back for a loaded Vincent team next season.

Other players that weren’t named to the team, but almost assuredly got consideration were a handful of Class 5A players. Calera’s Tyler Millin, Cornelius Brown and C.J. Smith were all strong this season averaging some incredible numbers on the way to an appearance in the Elite Eight.

Briarwood’s Michael Hiers, who finished fourth in the county in scoring, averaged 16.3 points per game and 6.2 rebounds as well as 1.2 assists per game and was one of the better players this season.