Jeremey Douglas Loper, 36, who lists an address on Park Forest Lane, was recently indicted on one count of sexual abuse in the second degree and one count of electronic solicitation of a child. 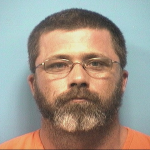 Loper’s indictment alleges that he used text messaging and phone calls to solicit a minor to meet with him for sexual purposes on June 24, 2017 and subjected the victim, who was between the ages of 12 and 16, to sexual contact on that same day.

Loper was initially arrested and received both charges from the Alabaster Police Department on July 21, 2017. The APD began an investigation into Loper after receiving a report from a parent claiming that he had sexually assaulted the child.

Electronic solicitation of a child is a Class B felony. If convicted, Loper could face up to 20 years in prison. Second-degree sexual abuse is a Class A misdemeanor.

ALABASTER – The Planet Smoothie in Alabaster officially opened for business at its location on First Street North on Monday,... read more