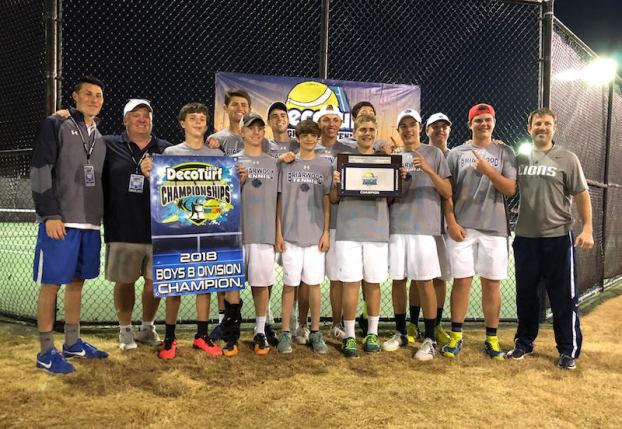 The Briarwood boys' tennis team remained perfect this season after sweeping three matches against out of state opponents to win the 2018 DecoTurf championship. (Contributed)

CHATTANOOGA, Tenn. – After winning the state championship in 2017, the Briarwood Lions’ boys tennis team is off and rolling toward a repeat with a 5-0 start to the season and now a national tournament championship under their belts.

That success carried over into the DecoTurf High School Championship in Chattanooga, Tennessee from March 16-17.

In a tournament that featured some of the best high school tennis teams from around the southeast, Briarwood was able to reel off three consecutive wins to take home the championship.

The Lions took down DuPont Manual from Louisville, Kentucky by a final score of 7-2 and South Lake from South Lake, Texas by a final of 5-3 to advance to the championship match against Catholic High School from Baton Rouge, Louisiana.

In the championship match, Briarwood faced off against one of the best high school tennis stars in the country, Nick Watson. Watson, who is headed to the University of South Carolina to play collegiately, ended up winning both his singles and doubles matches on court one to put his team ahead.

Despite Watson’s effort, however, Briarwood was able to fend off Catholic by a final score of 5-4 to claim the championship in a tightly contested match.

A large reason for that success was Parker Bradbary, who ended up winning the MVP of the B-division tournament that Briarwood competed in.

It was another impressive tournament victory for a team that also won the Weinacker Invitational at Birmingham Southern earlier in the season. While their overall record outside of tournament play is 5-0, the Lions are a total of 11-0 with tournament victories included.

Briarwood still has matches with Spain Park and Hoover left on the schedule, but the Lions are looking good to make sectionals and make a deep run at the state tournament held March 23-24.

The Lions’ girls team also competed in the tournament and went 2-1 to finish fifth in the C-division.

They lost 7-2 to DuPont Manual, but responded with two wins in the loser’s bracket by taking down Pensacola Catholic from Pensacola, Florida and Assumption High School from Louisville, both 5-4. 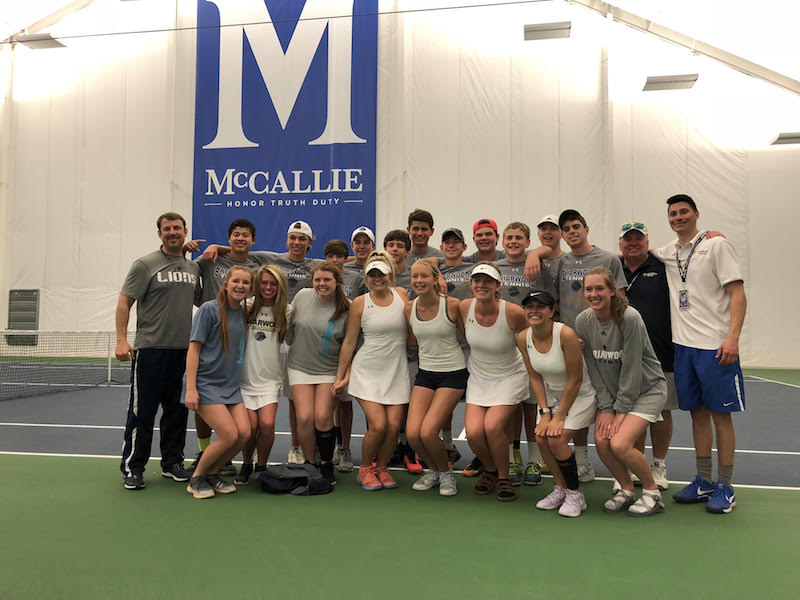 The Lions also won the Shelby County tournament this season by picking up five of six individual singles wins and all three doubles championships.