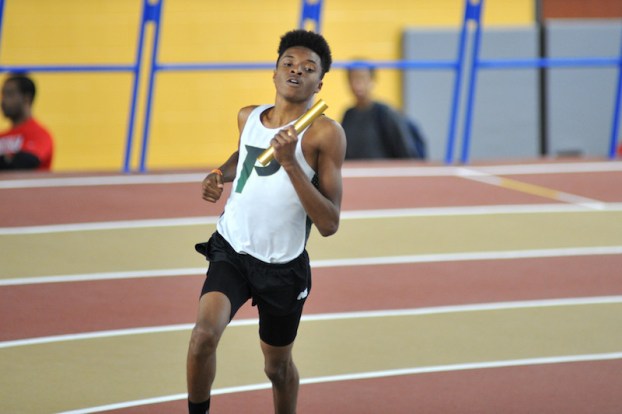 Pelham had a strong showing at the 2018 Homewood Invitational alongside other county teams that competed as well. (File)

Briarwood, Helena, Pelham and Westminster at Oak Mountain all took part in the event representing their respective classifications, and each team had an array of top-10 finishers that are recapped below.

Erin Long was Pelham’s biggest highlight of the event, along with sister Emorie Long.

Erin was able to finish in the top 10 in four different events with a high finish of third place in the javelin with a distance of 116 feet 4 inches.

Sister Emorie Long was able to outdo her sister in the javelin finals to take home the win with a distance of 127 feet 1 inch.

Ayala Seaborn also had two top-10 finishes as she took fourth in the discus throw with 101 feet 4 inches and seventh in the shot put with a distance of 32 feet 4 inches.

For the boys, Dorian Tolbert had the highest finish by taking second in the discus finals, while Elijah Shoemaker finished ninth in the same event.

Helena was one of just two teams at the event to have multiple athletes finish inside the top 10 as Justin Stuckey, Jordan Wallace, Allison Tanner and Kirsen Gardner each accomplished that goal.

Gardner was the team’s biggest highlight as she posted two top-two finishes. She won the shot put with a distance of 38 feet 5.75 inches and finished second in the discus final.

Wallace finished in sixth in the triple jump and seventh in the 300-meter hurdles.

Outside of those four, Christian Hill and Blake Vaughn had strong showings for the boys, while Victoria Brown and Laurel Ling had nice finishes for the girls.

Hill finished seventh in the 110-meter hurdles, while Vaughn finished eighth in the 2,000-meter steeplechase. For the girls, Brown finished sixth in the discus finals, while Ling finished ninth in the javelin finals.

As a team, the boys finished eighth in the 4X400-meter relay.

Briarwood’s Lauren Musachia was the only girls athlete for the Lions to finish in the top 10 twice. She took sixth in the high jump finals and seventh in the 2,000-meter steeplechase finals.

Ashton Domingue, however, was the only winner of the day for the Lions as he took first in the javelin finals with a distance of 191 feet.

Outside of Domingue’s first-place finish, the strongest finish came from Andrew Sherrod in the javelin finals with a distance of 154 feet 10 inches.

The next highest finisher was senior Zach Howard, who finished in fourth in the 2,000-meter steeplechase with a time of 6:41.50.

Another impressive showing came from freshman Jaxen McPhail, who finished fifth in the pole vault event.

Jake Nunn and Jonathan Hill were the last two top-10 finishes for the Lions. Nunn finished sixth in the 400-meter dash finals, while Hill took eighth in the 300-meter hurdles.

Sophie Muir-Taylor and Morgan Hutchinson both had strong runs in the 400-meter dash finishing sixth and eighth, respectively.

Westminster at Oak Mountain’s highest finisher was senior Nate Collins, who took home third in the 2,000-meter steeplechase finals with a time of 6:35.17.

Parker Mixon had a nice showing as well with an eighth-place finish in the javelin finals, while Wiley Boone grabbed 10th in the long jump finals.

The girls were led by Sarah Kate Lipperd and Payton Metcalf. Lipperd finished eighth in the 300-meter Hurdles, while Metcalf finished two spots lower in the same event.

As a team the girls finished fifth in the 4X400-meter relay finals behind Mountain Brook, Hoover and Pelham.

By ALEC ETHEREDGE | Sports Editor Temperatures in the 40s didn’t scare away several soccer teams as they took to... read more