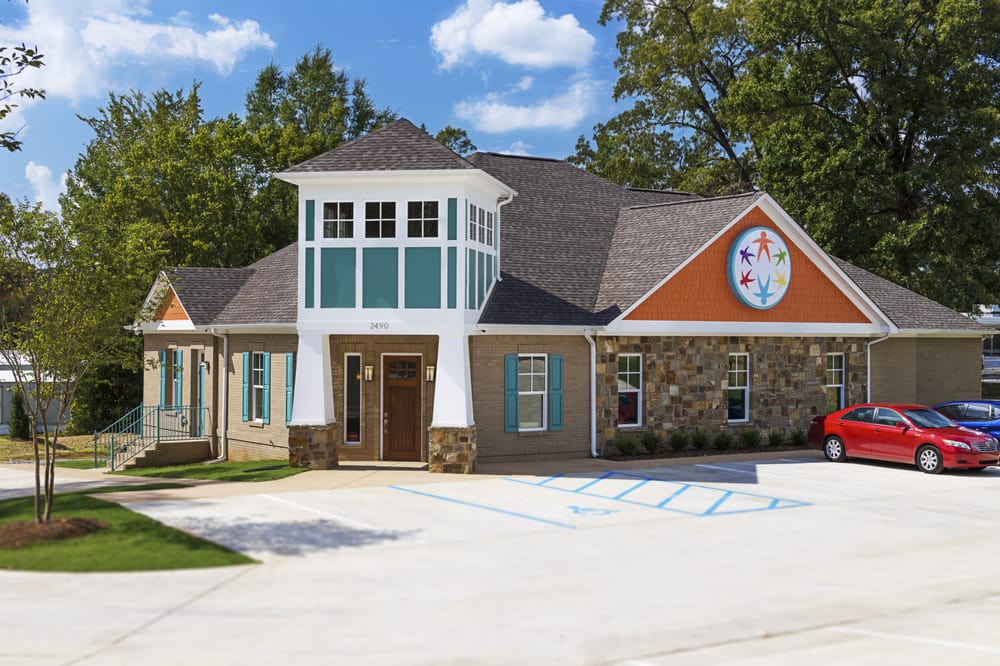 The expansion project at Shelby Pediatric Dentistry is expected to be completed by May. (Contributed)

PELHAM – Shelby Pediatric Dentistry is undergoing an expansion to add four rooms, additional parking spaces and a second entrance into the facility from the Southgate Drive to accommodate rapid growth.

Owner Richard Baxter, DMD, said the project is expected to be completed by May. The four rooms being added will be used for patients with issues related to tongue ties.

“This will allow us to see additional patients and handle extra volume,” Baxter said. “Right now, we see 8-10 patients per day with tongue ties.”

Fifteen additional parking spaces and a second entrance from the Southgate Drive are being added also. Since opening in August 2014, the number of employees in the office has grown from three to 14. Julie Jones, DMD, also recently joined the staff, bringing the number of doctors at the office to three.

“When we opened weren’t sure what to expect honestly, we just take care of people and treat them well and God gave us growth,” Baxter said.

Baxter has earned the reputation of being the go-to dentist to perform tongue tie procedures. He has had patients travel to his office from places such as Tennessee, Georgia, Florida, South Carolina and as far away as France and Japan.

Baxter uses a Light Scalpel CO2 laser to perform the procedure. Tongue ties can cause speech issues in children. It can also cause problems with eating and swallowing. The issue can be very serious for some children.

“It removes the string under the tongue with little to no bleeding and with no stitches,” he said. “It literally takes about 20 seconds. Other providers put the child to sleep using anesthesia, but we use a numbing jelly and the parent can nurse the child right away.”

Baxter said he is also including space for nursing mothers in the expansion. He is currently writing a book about tongue ties that will be released this summer.

In addition to providing services locally, Baxter is involved in global missions.

“I’ve seen the need first-hand,” he said. “I’ve traveled to other parts of the world and the need is immense. According to UNICEF, 29,000 children under 5 years old die every day from preventable causes like diarrhea.”

He has traveled to places like Cambodia, Uganda, India and Myanmar on mission trips to install water wells, biosand water filters and more. Because residents in developing countries often don’t have access to dentists, he has also taught pastors how to extract teeth.

He said his goal is not only to have a local impact, but a global one as well.