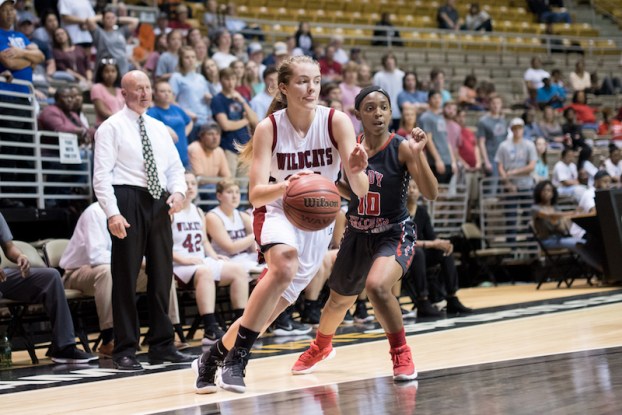 In a year that saw six teams make the Sweet 16 from Shelby County and 18 players average double digits in points, 2017-18 was a special one for girls basketball in the county with plenty of talent on display.

It’s still hard to fathom how many athletes were able to play so well and with just five spots on each of the three teams some impressive players had to be left off of the first three teams, so look at the honorable mention category as an extension with players that were just as worthy of a spot.

With eight of the 15 players named to the first three teams, the future is bright in Shelby County, while the seniors have left their mark. 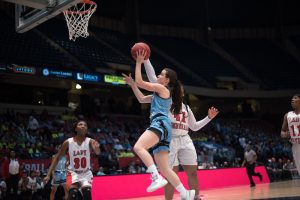 Guard: Lauryn Lilly, senior, Montevallo. Lilly’s name was one of the first to come to mind when putting together the first team. She averaged 18.8 points, 5.2 rebounds, 2.9 assists and 2.7 steals per game. She has been a staple on the All-County team for four years and it’s sad not only for the Bulldogs, but for the county that she won’t suit up at Montevallo again. 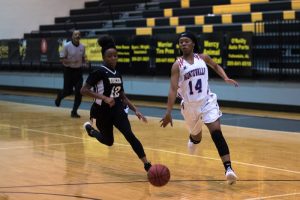 Guard: Maggie West, sophomore, Shelby County. West, despite being a young sophomore, was one of the best scorers in the county at 19.5 points per game, making her an easy choice for the first team. She finished third in the county in scoring and also added 4.6 rebounds per game to help lead the Wildcats to the Elite Eight. 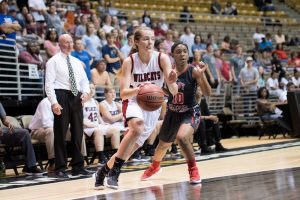 Forward: Sarah Ashlee Barker, sophomore, Spain Park. While her 14 points per game were in the upper tier of the county it was everything else Barker did that made her one of the best players in the state this season. The sophomore averaged 9.1 rebounds to lead the county as well as 3.1 assists, 1.9 steals and 1.3 blocks per game. If Barker stays healthy, she’ll be best player in the county and state during the next two years. 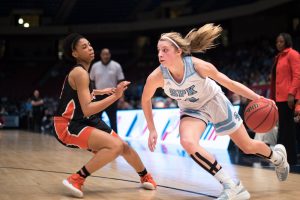 Center: Barrett Herring, senior, Spain Park. While her 9.2 points per game don’t jump off the page, her 7.8 rebounds and 3.3 blocks per game certainly do. Without Herring, the Jags might not have brought home the title and as a true center she was more than deserving of a first-team honor. She also averaged 1.4 assists and one steal per game. 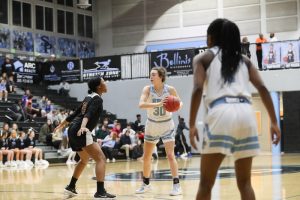 Guard: Kailey Rory, junior, Oak Mountain. 14 points, 3.5 rebounds, 2.8 steals and 2.1 assists per game. Rory started the season fast and was consistent throughout as she led the Eagles. With her returning and a strong core back next year, Oak Mountain will be in good shape. 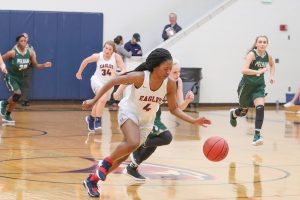 Guard: Alasha Reed, senior, Montevallo. 12.6 points, 5.6 rebounds, 4.8 assists and 3.2 steals per game. Reed was one of the few players in the county, boys or girls, to average three or more in every major statistical category. 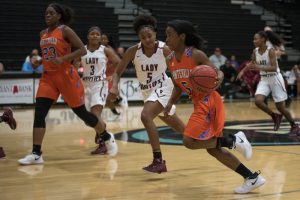 Guard: Jordan Jones, senior, Helena. Michaella Edwards, junior, Chelsea. Both of these players had impressive seasons in Class 6A Area 8 play. Jones had 17 points per game this season and led the Huskies to the Sweet 16. Edwards actually led the county in scoring with 21.2 points per game, while also averaging 9.3 rebounds per game, but she only played in 18 games due to a knee injury, which held her back this season. 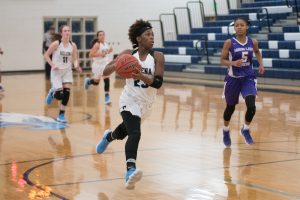 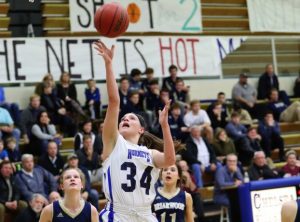 Forward: Nataley Whitner, sophomore, Shelby County. 11.2 points and 6.2 rebounds per game. Shelby County had such a balanced attack where any one of its starting five could take over a game this season and Whitner was one of those players that helped spark an Elite Eight run. 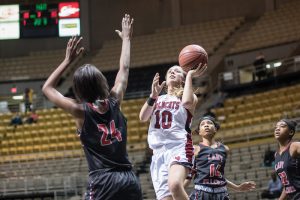 Center: Emma McKenney, freshman, Pelham. 10 points and 7 rebounds per game. If there was an award for freshman of the year, Mckenney would get it. She averaged close to a double-double this season and will be one of the best players over the next three years in Shelby County. 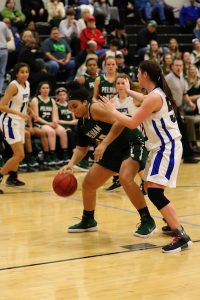 Guard: A.B. Davis, junior, Calera. 13.6 points, 5.2 rebounds and 2.5 steals per game. The Eagles made a run to the Sweet 16 this season and a lot of their success was on the shoulders of Davis. She was all over the court and did just about everything she could and was asked to do. 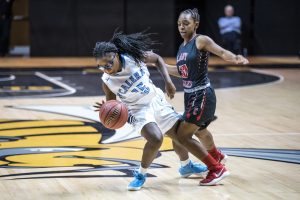 Guard: Morgan Hutchinson, senior, Briarwood. 14.2 points, 3 steals and 2.5 assists per game. Hutchinson is another one of those players that will be sad to see go. She gave it her all every night for the Lions and really helped their program take a turn this season with the amount of success they saw. 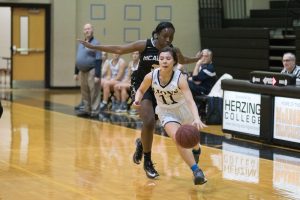 Guard: Zhari Posey, sophomore, Vincent. 15 points, 1.6 rebounds and 1 assist per game. Vincent’s girls basketball team was young this year and showed a lot of promise. With players like Posey and Aniya Norwood back next year, this team will only get better. Posey finished the year as the sixth best scorer in the county. 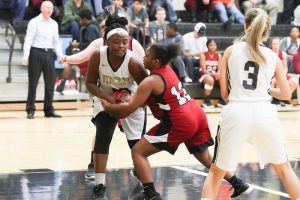 Forward: Takila Hill, junior, Montevallo. 10.7 points, 7.5 rebounds, 1.5 steals and 1.2 assists per game. Hill was another part of Montevallo’s successful season and will be the team’s leader next year with Lilly and Reed both graduating. 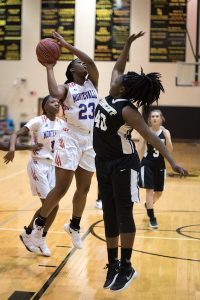 Forward: Jamila Wilson, senior, Pelham. 12 points, 5 rebounds and 2 steals per game. Whether it was volleyball or basketball, Wilson gave it her all on the court and it showed off during her senior season. She ended as a state champion in volleyball and led the Panthers to the postseason in basketball with some incredible moments. 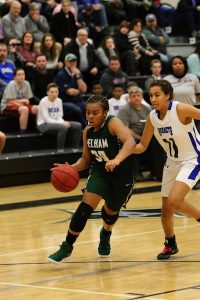