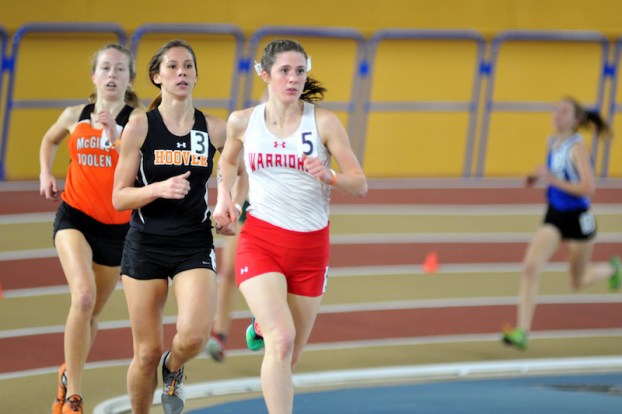 BIRMINGHAM – With the indoor track and field season now clearly in the rearview mirror, teams have officially shifted their focus to the outdoor season.

After a strong indoor season for county teams, many are carrying over momentum and it showed in one of the biggest outdoor events of the regular season on Saturday, March 17.

Below is a recap from local Class 7A teams Thompson, Spain Park and Oak Mountain and how they fared at the Homewood Invitational.

The Warriors also set 35 new personal records in outdoor performances at the event with several highlights.

Butler, who recently signed a college scholarship, finished first in the discus throw with a distance of 123 feet 1 inch. Turkek’s distance of 152 feet 4 inches in the same event allowed him to finish in first as well.

Wooley was the last individual to win a title thanks to her high jump of 5 feet 6.25 inches.

Thompson’s lone team win came in the boys’ 4X400-meter relay where the team finished first with a time of 3:26.80. The team consisted of Sam Holmes, Alondae Vassar, Timothy Osborne and Van Caffey.

Thompson ended the event with 18 top-four finishes, 21 top-five finishes and 32 top-10 finishes in the event.

The highest finish for Spain Park came from Katelyn McClure, who finished third in the discus finals with a distance of 103 feet 6 inches.

After that, the Jags got two top-five finishes from Matthew Gray in the shot put with a distance of 46 feet 10 inches and the girls’ 4X800-meter relay team as both finished fifth.

Oak Mountain was led by Nicole Payne, who won the 400-meter dash with a time of 55.36 seconds. Trey Allen was the next highest finisher with a fourth-place finish in the high jump.

Bryce Keefover had a strong showing by finishing fifth in the 1,600-meter race with a time of 4:30.97. Harrison Dimick and Jalen Thomas finished seventh in the discus throw and javelin, respectively.

Olivia Hood also had a finish of seventh in the girls’ javelin finals with a distance of 95 feet.