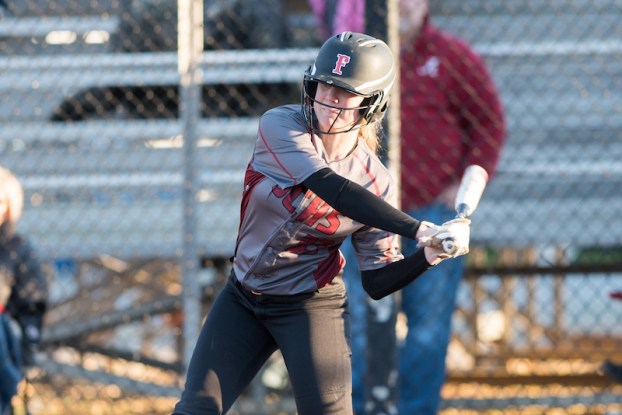 Shelby County’s offense has been on a tear to start the 2018 season and showed its dominance in an easy 10-run rule against Sylacauga to stay perfect in area play. (File)

COLUMBIANA – The Shelby County Wildcats faced their first bit of adversity on the softball field during the Calera tournament where they went 2-2 with both losses by two runs or less, but on Thursday, March 22, the Wildcats were back in dominant form.

For the second time this season, Shelby County was able to pick up a dominant area win against the Sylacauga Aggies as the Wildcats were back in dominant form.

After a 15-0 victory on March 13, Shelby County was able to pick up a second win by

The overriding win was because the Wildcats found their bats again and it started with an eight-run first inning.

It didn’t just start in the first inning, but with the first batter as Peri Clark found herself in a 3-1 hitters count to lead off the inning. On the fifth pitch she saw, Clark drove a ball deep to center field that cleared the wall for a leadoff home run.

After a pop out from Maggie West, Lauren Carter and Katelyn Lucas reached base on a hit by pitch and walk, respectively. That was followed by a single from Jenna Castleberry to quickly load the bases with one out in the inning.

A Blankenship then stepped to the plate and drove in the Wildcats’ second run of the game with an RBI-single to center field. Haley Horton then tacked on one more run with a sacrifice fly to center field, but with two outs it looked like the Aggies may escape the jam only giving up three runs.

Shelby County, however, had other plans.

After a walk and a hit batter brought one more run across the plate, Clark and West came back to the plate as the team had batted around the order and picked up an RBI-single apiece to put the Wildcats up 7-0.

With the bases still loaded, Carter picked up a walk to allow another run to cross the plate for the 8-0 advantage before Lucas flew out to end a productive inning.

Shelby County’s bats continued striking balls with ease in the bottom half of the second inning as well.

Castleberry led off with a single to right field, before Blankenship doubled to put two runners in scoring position with no outs.

It didn’t matter whether they were in scoring position or not because Horton picked up three more RBIs with a three-run bomb over the center field wall to extend Shelby County’s lead to 11-0 through two innings.

Sylacauga added its first run of the game in the top of the third with a solo home run, but Horton was able to settle in following the solo shot to get the next two batters with a ground out and strike out, respectively.

The Aggies couldn’t muster up any more damage and after a 1-2-3 bottom half of the fourth and then the Wildcats getting three quick outs after a leadoff single in the top of the fifth, the game ended in an 11-1 10-run rule win for Shelby County.

Clark had a strong game at the plate going 2-for-3 with three RBIs and two runs scored. Horton led the team with a game-high four RBIs, while West, Blankenship and Tori Gardner all had one RBI. Castleberry was the only other Shelby County player with multiple hits, while Nataley Whitner and West each added a hit as well.

Horton pitched a complete game in the circle and gave up five hits while striking out six batters on just 48 pitches.

The Wildcats are now 9-2 overall and a perfect 3-0 in area play as they look to host the area championship with a regular season title. They’ll play Moody twice and Briarwood once the remainder of the way.

By GRAHAM BROOKS / Staff Writer HELENA–After rainy weather forced the game to be pushed back an extra day, the... read more