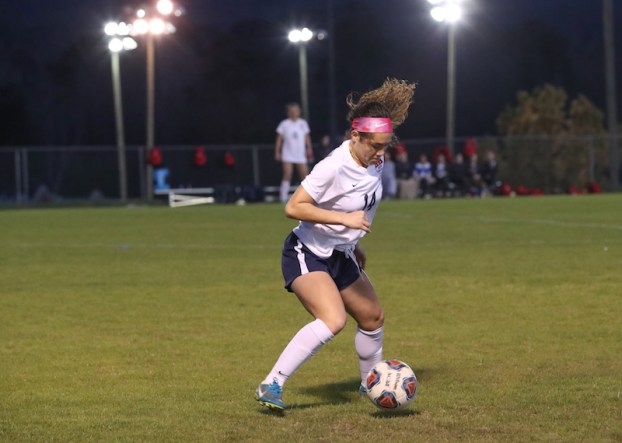 After falling 6-2 to Spain Park, the Oak Mountain girls soccer team responded with a 2-1 win against Mountain Brook to pick up an area win. (For the Reporter/Dawn Harrison)

Separated by 13 miles, both Oak Mountain soccer teams found themselves in important area games on Thursday, March 22, with the boys traveling to Mountain Brook and the girls playing host to Mountain Brook.

Both teams were looking to bounce back from their first area loss of the season just two days earlier as the boys lost 4-3 and the girls lost 6-2 both to Spain Park.

While the girls were able to pick up a crucial response to Tuesday’s loss with a slim 2-1 victory against the Spartans, the boys lost their second consecutive one-goal game by a final of 1-0.

The girls’ win kept them in control of a necessary top-two spot to make the playoffs as they moved to 3-1 in area play, while the Spartans fell to 0-2.

With just two area games left on the road at Spain Park and on the road at Mountain Brook, Oak Mountain controls its own destiny when it comes to finishing in the top two of the difficult area. Should they win both games, the Eagles will guarantee themselves a playoff spot.

Mountain Brook still plays Huffman twice, which is the worst team in the area, Oak Mountain once and Spain Park once.

The Eagles, now 10-2-2 overall, snapped a two-game losing streak and will play those two area road games on April 10, against the Jags, and April 13, against the Spartans.

For the boys’ team it was just another night of misfortune.

Mountain Brook struck first in the 21st minute of the game to take a 1-0 lead, and it was a lead that held up the remainder of the game as the Eagles had the advantage in opportunities the rest of the way.

Oak Mountain couldn’t capitalize, however, in a game the Eagles felt like they should have been able to win.

The Eagles had three or four extremely good looks at an equalizer, but Spartans’ goalkeeper Ryan Gaynor made several spectacular saves to preserve the lead for his team.

Jackson Murphy also got a good look at one point midway through the second half as he took a free kick from 20 yards out. Murphy put a great shot on the ball, but it went just left of the bar for Oak Mountain’s last great opportunity of the night. 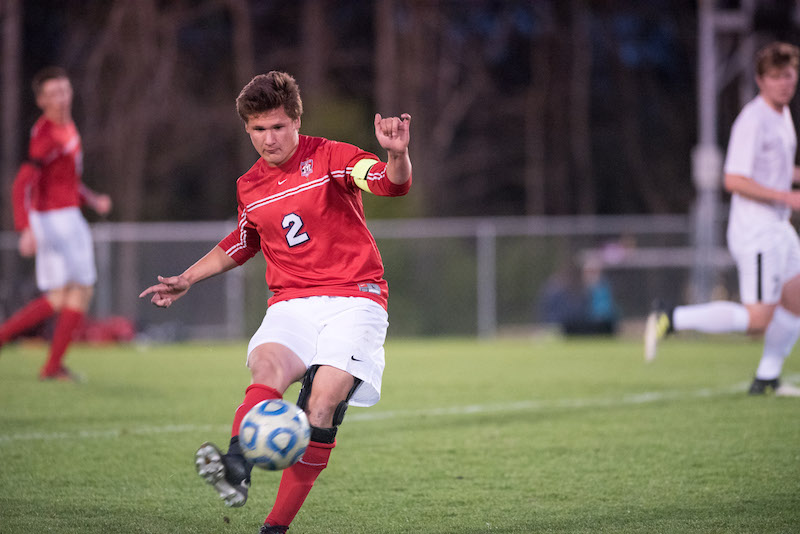 The loss marked the Eagles’ fourth one-goal loss of the season out of five total losses and their second straight one-goal loss in area play.

It shows Oak Mountain (6-5-5, 2-2) is on the verge of breaking through and they have some time before they’ll host both Spain Park, who is 1-1 in area play, and Mountain Brook, who is 2-0 in area play, in what have become must-win area games now.

The Eagles will take on Spain Park on Tuesday, April 10, and Mountain Brook on Friday, April 13, looking to keep their playoff hopes alive.

By ALEC ETHEREDGE | Sports Editor MONTEVALLO – After a 4-6 start to the 2018 softball season, Montevallo has gone... read more