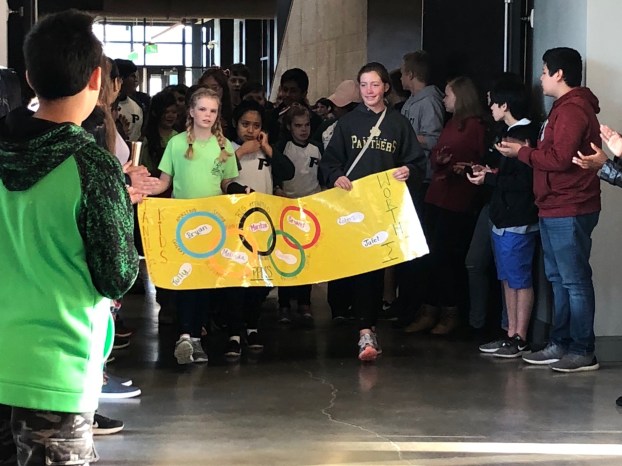 PELHAM – More than 100 special needs students from Alabaster and Pelham city schools participated in the Special Olympics games at the PHS football field on Thursday, March 22.

The school systems teamed up to participate in eight track and field events and softball and tennis ball throw. In addition to the games, the event included face painting and inflatables. The emcee was Speedy from the Rick and Bubba Show.

Students who do well at the school district level get to compete in the Special Olympics Alabama State Games at Troy University in May.

The PHS softball and track teams volunteered to help with the events while Alabaster students cheered on and encouraged participants from the sidelines.

Henderson competed in the 200-meter dash where he placed second and the softball throw where he won first place.

“I like it because it’s a chance for us to show our skills,” Henderson said. “Parents get to see their kids. My dad and sister came to see me. It was nice.”

Henderson said he also liked getting to meet students from other schools.

“This is a very important day to them,” said ACS employee and event coordinator Virginia Aycox. “It’s their day to shine. The like to get outside and show what they can do.”