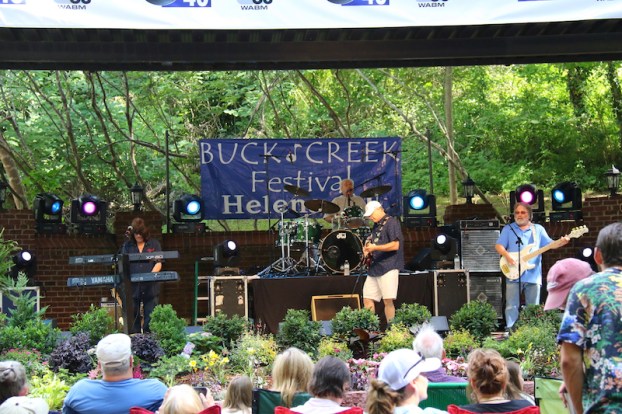 The Buck Creek Festival returns to Helena for the 17th year May 11-12. (File)

HELENA–The second weekend in May means more in the city of Helena, as it signifies the return of the one and only Buck Creek Festival.

Whether it’s your first time making your way to Helena or if the Buck Creek Festival has become an annual tradition, there’s no denying there will be something fun for everyone.

For the 17th year, the Buck Creek Festival returns to Helena the weekend of May 11, as the two-day family-friendly festival will feature plenty of food and retail vendors, musical entertainment, a children’s play area and of course, the famous Saturday duck race. The festival runs from 6-10 p.m. on Friday, May 11, and from 10 a.m. to 10:30 p.m. on Saturday, May 12.

The Buck Creek Festival may just be a two-day event, but preparations for the festival begin long before the second weekend in May arrives.

The backbone of the festival has been the hard work and dedication of a core group of 12 volunteers that help secure vendors, musical talent, negotiate costs and of course, their free time dedicated to help make the festival the best it can be.

These volunteer efforts have led to an impressive total of more than $271,000 raised for area schools, charities and non-profits through the 16-year history of the Buck Creek Festival.

Longtime festival organizer Cris Nelson said there’s no denying that the core group of volunteers, as well as those that help the weekend of the festival, have been a major reason the festival is still thriving.

“We want to highlight the volunteers that make this happen because without them we’d be in big trouble,” Nelson said. “We’re always looking for new people to volunteer but we also have had several of the same volunteers from year to year because I think it’s important to keep continuity.”

A large part of the planning process involves securing the musical entertainment for the weekend as 10 musical groups will perform, highlighted by Friday night’s headliner Nationwide Coverage and Telluride as the Saturday night headliner.

Sandwiched between the musical acts and vendors is the legendary duck race in which thousands of yellow rubber ducks sweep down Buck Creek.

The duck race returns on Saturday, May 12 at 3 p.m., and those wishing to participate can purchase duck tickets at a number of retail stores around Helena or on the day of the festival. The lucky person whose duck crosses the finish line first will win $500, followed by $250 and $100 for second and third place.

Those unfamiliar with the duck race should plan to arrive at the banks of Buck Creek early to secure a spot as an automatic dumper attached to a pontoon boat will dump thousands of rubber ducks into Buck Creek that’s become a sight worth seeing.

Another big draw of the Buck Creek Festival has been the large children’s play area complete with plenty of inflatables for kids of all ages. The children’s area is conveniently located near the main stage as the purchase of a $5 wristband will include unlimited play.

Once the festival concludes and the leftover funds are counted, the money is placed back in the community for a variety of projects and organizations to benefit Helena.

“Raising $271,000 in 16 years is phenomenal in an event our size,” Nelson said. “There are events that are twice or three times our size that don’t give back near as much as we do and our whole goal is to give back. There’s only been a few years where we haven’t been able to give back as much as we wanted to because of weather reasons.”

For more information on the festival, visit Buckcreekfestival.com.

ALABASTER – City officials and residents in Alabaster said they were taken by surprise when the silo that stood off... read more