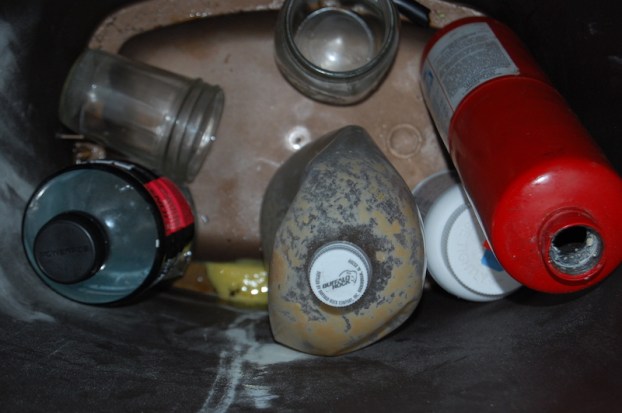 SCDETF investigators arrested Fritz and discovered the remnants of a meth lab in a fire extinguisher at a residential area in Vandiver. (Contributed)

COLUMBIANA – Authorities recently arrested a 26-year-old Vandiver man and charged him with unlawfully manufacturing a controlled substance and trafficking methamphetamine.

Jarred Michael Fritz, who lists an address on Stillwood Lane, was taken into custody by the Shelby County Drug Enforcement Task Force on Sunday, March 18. 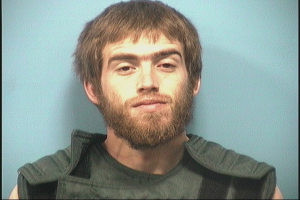 According to his arrest warrants, Fritz allegedly sold 516 grams of meth and was discovered with a clandestine meth lab in a residential area.

Hammac said the SCDETF discovered the remnants of a meth lab upon further investigation.

“They discovered the remains of a formerly active meth lab in a fire extinguisher,” Hammac said.

In similar situations, Hammac said meth is typically manufactured in a bottle, which poses a risk of building up too much pressure, exploding and releasing toxic, and potentially fatal, gases into the surrounding area. Hammac said the use of a fire extinguisher in a meth lab is unusual.

“(A fire extinguisher) is manufactured and designed to contain a large amount of pressure, and it also has the benefit of a pressure gauge,” Hammac said. “This is a new piece of intelligence that we’re sharing with other law enforcement agencies. People are finding new ways to manufacture methamphetamine.”

Unlawfully manufacturing a controlled substance and trafficking methamphetamine are both Class A felonies. Fritz could face up to life in prison if convicted.

Fritz is currently being held at the Shelby County Jail on $200,000 bonds. His case was assigned to Shelby County District Court Judge Daniel A. Crowson, and he is set to appear in court for a preliminary hearing on April 12.

Hammac said Fritz’s arrest was the result of the collaboration between the SCSO and the SCDETF, and thanked the SCSO for its contributions.

“As the result of the deputies following up on tips from the community, we were able to render a meth lab safe and put a meth dealer behind bars,” Hammac said.

By GRAHAM BROOKS / Staff Writer HELENA–Those wanting to see a piece of unique Helena history will have a chance... read more