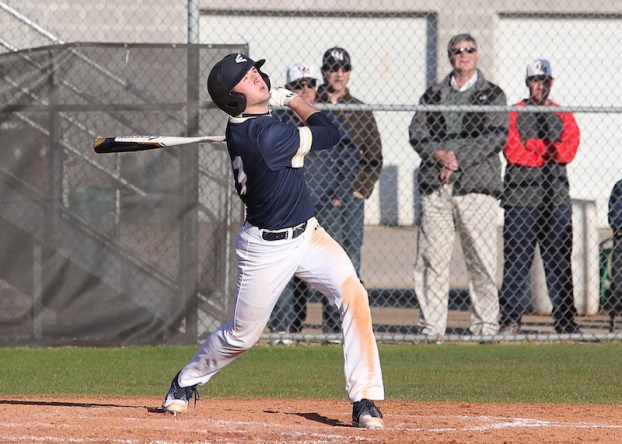 Briarwood’s baseball team is on a roll right now, having won 11 consecutive games including a perfect record at the Lake Martin Classic. (For the Reporter/Dawn Harrison)

ALEXANDER CITY – After losing two straight games at the beginning of March to Hewitt-Trussville and Chelsea by a combined five runs, Briarwood seemed to flip a switch and has since reeled off 11 consecutive wins to improve to 17-3 this season.

It’s a strong statement to make for a team that lost some of its best arms on the mound from last year’s team, but this 2018 squad has seen guys take their opportunities and run with them.

Briarwood’s most recent success came between Monday and Wednesday, March 26-28, when they competed in the Lake Martin Classic spring break baseball tournament and put together four consecutive wins to finish the tournament undefeated.

A recap from each of the four wins is below.

The opening game saw a tight contest through the first five innings of the game as the game was tied 2-2 before Briarwood scored two runs in the top of the sixth to create the final score of 4-2.

Two batters later, Sam Hamner added an insurance run when he singled on a ground ball to the shortstop that allowed Scott to cross the plate and extend Briarwood’s lead to 4-2.

Briarwood’s first run came when Carson Eddy hit a ground out to first base that allowed Hamner to score. The second run for the Lions came when Scott doubled to center field in the top of the third to score Eddy.

Hamner finished the game 2-for-4 with one RBI and one run scored, while Scott had the same stat line. Eddy also added an RBI, while Hiers, Bryce Perrien, Helms and Hartsfield added the other hits.

Helms pitched six innings on the mound and allowed two runs on four hits, while striking out two. Hartsfield closed the game out with three strike outs.

Briarwood left no doubt in the second game of the tournament as the Lions scored in at least one run in six of the seven innings for an 11-2 win.

They scored three runs in the top of the sixth and seventh to pick up six of those 11 runs, while scoring one in the first, two in the second, one in the fourth and one in the fifth.

Briarwood ended the game with 13 hits, while the Lions limited Benjamin Russell to just six.

The cushioned lead allowed Noah Whatley to go the distance on the mound as he got the complete-game win in just 92 pitches. He allowed two runs on six hits and struck out six batters.

Hiers, Eddy, Hamner, Helms, Scott and Hartsfield all had doubles in the game, while Eddy added a triple as well. Four different players picked up two hits, while Eddy went 3-for-4 at the plate with a walk as well.

Eli Steadman, Eddy, Hmner, Helms and Scott each had two RBIs in the game.

The Lions offense continued to impress during the first of two games on Wednesday, March 28, to close out their tournament.

Briarwood picked up 13 more hits and scored five runs in the opening inning on its way to a dominant 10-4 victory to improve to 3-0 in the tourney.

After Jake Dyson got a three-up, three-down inning to start the game, the Lions came to the plate ready to explode.

A walk to Hamner, a double from Perrien and another walk to Hartsfield quickly loaded the bases with no outs. Eddy then hit a sac fly to make give Briarwood the early 1-0 advantage.

A single from Scott loaded the bases again one batter later, before Helms hit another sac fly to make the score 2-0 with two outs.

After Blake McKenna was hit by a pitch to reload the bases again, Jonah Carroll drove a double to right field to score both Hartsfield and Scott. That was followed by a walk to Steadman and an RBI single from Hamner to drive in Briarwood’s fifth and final run of the inning.

The Lions went on to score two more runs in the third and three in the fourth to pick up their 10 runs in the game.

Hartsfield led the surge at the plate this time around, as he went 3-for-4 with one RBI and two runs scored. Steadman had a game-high three RBIs, while Carroll and Eddy added two RBIs apiece. Eight different players picked up a hit in the game for Briarwood.

Dyson picked up a complete game on the mound allowing nine hits and four runs while striking out three on just 81 pitches.

Despite a furious rally in the final two innings, Briarwood was able to outlast Marbury offensively for an 8-5 win to finish the tournament with a perfect 4-0 record.

Both teams scored one run in the first inning, but while Marbury went scoreless in four consecutive innings, the Lions scored runs in five of their six innings at the plate.

Briarwood took the lead for good at 2-1 in the bottom of the third when Eddy grounded into a fielder’s choice to bring Hamner in for the score.

The Lions then scored three runs in the bottom of the fourth to take command of the game thanks to a double from Helms, walks from Steadman, Hamner and Perrien, and a two-RBI single from Hartsfield.

Hartsfield had another incredible game going 4-for-4 at the plate with three RBIs, while Eddy and Helms each went 2-for-4 with one RBI apiece. Hartsfield ended the final day going 7-for-8 with four RBIs.

Briarwood moved to 17-3 at the end of the tournament and seem to be clicking heading into the final month of the regular season.