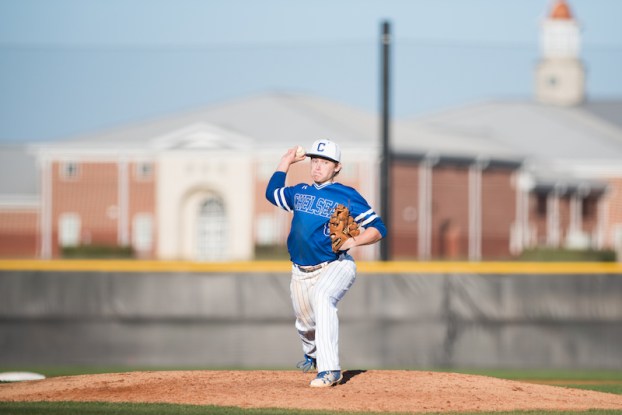 The Chelsea Hornets finished a rain-shortened Lake Martin Classic with a 1-2 record after winning their opening game of the tournament. (File)

ALEXANDER CITY – A weird week of weather led to two of Chelsea’s baseball games at the Lake Martin Classic being canceled and a 1-2 record at the tournament that took place at the Alexander City Sports Complex March 26-29.

The Hornets started the tournament with a 2-1 victory against Headland before dropping two consecutive games to Etowah and Valley and having games against Beauregard and Tallassee canceled.

At the end of the tournament, Chelsea held an overall record of 15-8 heading into the final weeks of the regular season with four consecutive area contests taking place between Tuesday, April 3, and Wednesday, April 11, to determine which two teams will advance to the postseason.

Last year the Hornets were able to capitalize on Pelham being down, but this year all three teams in the difficult area seem to be more evenly balanced.

Chelsea has shown some impressive play midway through the season and looks to be in great shape to make the playoffs again if the Hornets continue to pitch the way they are capable.

Despite the 1-2 record at the Lake Martin Classic, Chelsea still has plenty of reason for optimism with its veteran laden roster holding valuable experience from a clutch run in area play.

On a cold first night of the spring break tournament, it took a while for both teams to see their bats warm up, but finally in the bottom of the fifth, Chelsea plated two runs to take a 2-0 lead before holding on for the 2-1 win to kick off the tournament.

The Hornets were outhit 6-5 in the game, but capitalized on their opportunities in the sixth after William Root led off with a single, followed by an error that allowed Nolan Forehand to reach base.

Forehand laid down a bunt that led to a throwing error and moved Root all the way from first to third.

Reid Burleson then stepped to the plate and broke the scoreless tie with another bunt that drove Root in as the Hornets decided to go with the small-ball approach in the inning.

After a walk to Will Hayes, Clay DeWeese hit a ground ball to second base that led to a fielder’s choice out at second, but also led to Burleson scoring the second and final run of the game for Chelsea, which became key later on.

In the top of the seventh, Headland put together a two out rally after a ground out and strike out put the team down to their last out.

They were able to put together back-to-back hits, the first of which was a single and the second of which was an RBI-double to trim Chelsea’s lead to one run.

With a runner still in scoring position, Cameron Gage was able to record the last out of the inning and preserve the win on a line drive to center field that made Hornets fans hold their breath for a second before Bennett Horton caught the ball.

Watkins (2-for-2) and Root (2-for-3) were the only two Chelsea players with multiple hits, while Burleson went 1-for-1 with an RBI and DeWeese added the other RBI.

Emmitt Hudspeath tossed six innings of four-hit ball and struck out seven batters, while Gage finished off the final inning and allowed two hits and one earned run.

The second game of the tournament saw Chelsea get outhit 12-3 as the Hornets’ offense struggled to get going and the pitching staff had to go four deep in a 9-1 loss.

Etowah scored in every inning except the first, scoring one run apiece in the three of the first four innings and then three runs apiece in the bottom of the fifth and sixth innings.

Chelsea’s lone run of the game came in the top of the third on an error by Etowah that led to Carter Frederick crossing the plate.

The Hornets’ three hits in the game came from Frederick, DeWeese and Watkins, all of which were singles.

Similar to the first game of the tournament, game three saw a scoreless game for four innings before a team scored late to pull off a win, except this time around, Chelsea was on the wrong end of the spectrum as Valley scored three runs in the bottom of the fifth to grab a 3-1 victory.

Pitching wasn’t the problem as Sam Towery gave up just six hits in a complete-game effort and only one of his three runs given up was earned.

The offense, however, struggled again as the Hornets were only able to pick up four hits in the game and left six base runners aboard in the game. That included four base runners left in scoring position and a bases loaded opportunity missed in the top of the sixth.

Frederick also tripled to lead off the final inning, but three consecutive outs were recorded after to end the game.

Chelsea’s hits in the game came from DeWeese, Horton, Frederick and Burleson.

The Hornets will take on Helena at home on Tuesday, April 3, before traveling to Helena on Thursday, April 5, as they look to get a leg up in area play.