COLUMBIANA – A Hoover man who was recently arrested and charged with producing and distributing child pornography received the additional charge of sexual abuse of a child younger than 12.

Timothy Patrick Lagan, 37, who lists an address on Shadeswood Drive, received the additional charge from the Shelby County Sheriff’s Office on Tuesday, March 27, while he was being held at the Shelby County Jail. 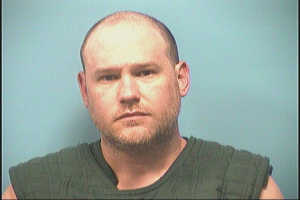 According to court documents, Lagan allegedly subjected an underage victim to sexual contact between March 1 and March 11.

Sexual abuse of a child younger than 12 is a Class B felony. If convicted, Lagan could face a maximum of 20 years in prison.

Lagan was initially arrested and charged with production of pornography with minors and dissemination or display of child pornography on March 15. His arrest warrants allege that Lagan “did film, print, record, photograph or otherwise produce any obscene matter that contains a visual reproduction of a person under the age of 17,” between January and March.

By GRAHAM BROOKS / Staff Writer HELENA–One person is in critical condition and another sustained serious injuries from a single-vehicle... read more