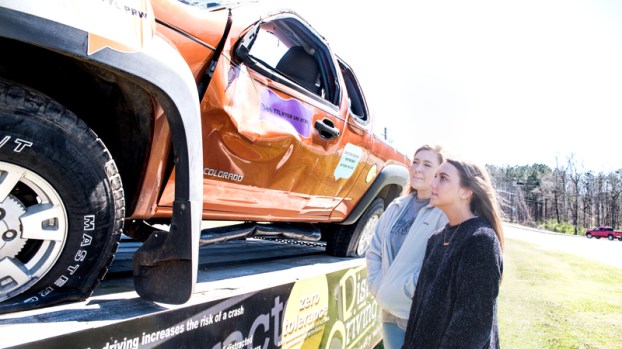 ALABASTER – The future of the Shelby County Drug Free Coalition is in doubt after losing an expected funding source.

The Coalition was notified that it will not receive a grant through the Shelby County Community Health Foundation as hoped.

Juvenile Court has funded the organization since January and will continue to do so through May, but after that no funds have been secured, Coordinator Jan Corbett said.

“I really expected that we would get that grant,” Corbett said. “It sort of caught us off guard. Unless we have other funding by May 31, the Coalition will close down.”

Shelby County Drug Free Coalition was founded about 20 years ago with a mission to reduce substance abuse among youth.

Funding has been provided through the years by the Substance Abuse and Mental Health Services Administration, Family Connection, the Community Health Foundation and Compact 2020.

Corbett said officials hope some other local organization will take over funding the Coalition.

“We’re hoping someone will have a heart for this and step up,” she said. “It will be a shame if we are not able to establish funding for the remainder of the year.”

The grant applied for through the Community Health Foundation was in the amount of $80,000, Corbett said.

That amount would allow the Coalition to complete all of its planned efforts for the year, including a new website and updated information brochure, but the organization could stay afloat with $40,000 or $50,000.

“I love doing this,” said Corbett, the Coalition’s only paid employee who relies on volunteers and in-kind contributions to help with the program. “My dad battled with alcohol addiction. That’s why I’m passionate about this.”

Anyone interested in helping the Coalition should contact Kramer, who serves as chairman of the organization’s executive committee, at 669-3831.

The Coalition’s efforts have included presentations in schools to educate students about the dangers of impaired and distracted driving, Hope Walk, Red Ribbon Week, Character in Action awards and bi-monthly meetings for stakeholders.

The driving presentations are usually held just before school proms.

This year, Circuit Court Judge Lara Alvis and Community Corrections Executive Director Julius Cook visited schools to help present the message. Alvis performs roleplaying situations with students, and Cook talks about his father being killed by someone under the influence.

“He was a preacher at three churches, a coach, a mentor—it was devastating,” Corbett said.

The presentations will be held at 15 schools for more than 8,000 students this year, Corbett said.

The Hope Walk was held for the first time in 2017 in conjunction with Bradford Health Services.

“That week we are in the schools constantly doing presentations,” Corbett said and added that in 2017, presentations reached more than 7,000 students and more than 6,000 resources were distributed.

At the next meeting, on May 23, Shelby County Coroner Lina Evans will discuss suicide in relation to substance abuse.