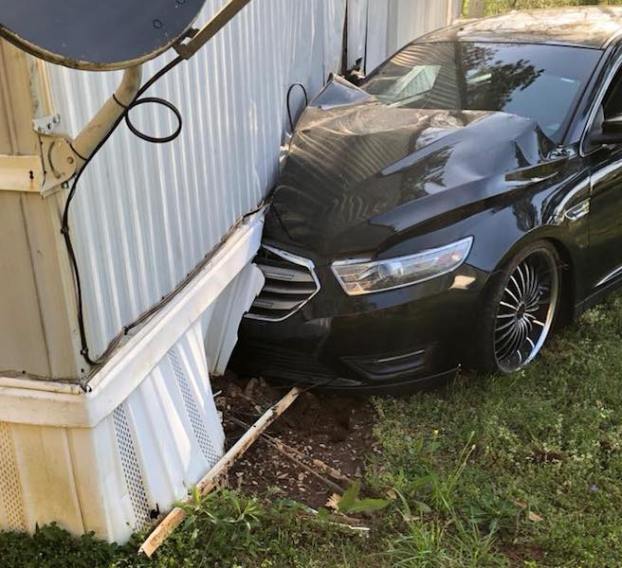 First responders arrived on the scene of a wreck involving a vehicle that had swerved off road and crashed into a residence. (Contributed)

ALABASTER – The Alabaster Police and Fire Departments responded to the scene of a single vehicle accident on Shelby County 17 on the morning of Monday, April 2.

According to the AFD, a vehicle crashed into a mobile home residence at approximately 8:11 a.m., after the driver lost control of the car and swerved off road.

Both the vehicle and the house sustained a significant amount of damage. According to APD Lt. Grant Humphries, the impact of the collision likely moved the mobile home by almost a foot. While it is unclear whether the building was occupied at the time of the incident, no one was injured or killed.

The incident is currently under investigation by the APD.

By GRAHAM BROOKS / Staff Writer HELENA–One person is in critical condition and another sustained serious injuries from a single-vehicle... read more