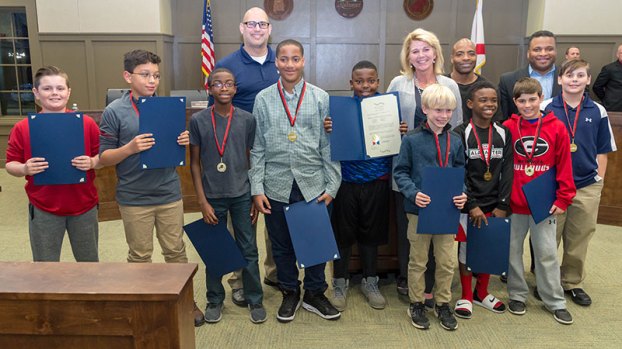 The Alabaster fifth-grade boys basketball team recently ended a 10-1 season, during which they won the league championship while taking down teams from their city, Pelham, Helena, Montevallo and Calera.

The team consisted of the following athletes:

The team was led by head coach Derrick Morrisette and assistant coaches Scott McKerley and Terence Armstead. In mid-March, Alabaster Mayor Marty Handlon honored the team and its coaches for their accomplishments during the 2017-2018 season.

“Coach Morrissette and his players, have been able to see proof of the wisdom he taught them this season,” Handlon said while reading a proclamation honoring the team during a March 12 City Council meeting. “His constant message and important life lesson was ‘staying in position, and doing the right things, will lead to success in life and on the court.’”

Which Alabama county is the healthiest?

By NEAL WAGNER / Managing Editor Shelby County retained its ranking as the healthiest county in Alabama in the... read more