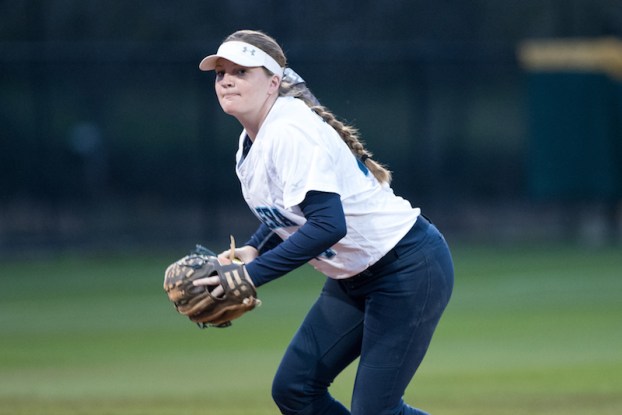 Calera pulled off a comeback win against Pelham thanks to two runs in the top of the seventh for a 5-4 win. (File)

PELHAM – Trailing by one run in the final inning with two runners on base and one out in the inning, Calera Eagles were looking to pull off a comeback to at least tie their game with Pelham to force extra innings on Tuesday, April 3.

Meaghan Marfice then stepped to the plate and hit a ground ball to short stop that she was eventually thrown out on. Bri Plocharczyk, however, was able to take advantage of being on third and scored while Marfice was trying to leg out the infield single.

Plocharczyk’s run was important enough, but Calera wanted to take advantage of still having a runner on third to take the lead heading to the bottom half of the inning.

Nicole Harrelson was that base runner that stood 60 feet away from giving the Eagles the lead. Alyssa Clark then stepped up and drove her home when she was able to reach on an error by the center fielder.

Now all of a sudden leading 5-4, Calera went into the bottom half of the inning looking to secure the win.

Pelham was eventually able to load the bases with two outs in the inning, however, as they looked to answer right back.

Hannah Pritchett then came to the plate looking to tie the game or give the Panthers the lead, but instead Hamm forced her into a ground out to third base to end an exciting game in Calera’s favor with a score of 5-4.

The first two innings of the contest were extremely quiet with neither team converting any opportunities.

That changed in the top of the third when Calera put the first run of the game on the board. After back-to-back singles from Plocharczyk and Hamm, the Eagles had runners on the corners with one out.

Harrelson then stepped up and lined out to the pitcher, but was able to score after tagging up thanks to pinch runner Madison White drawing the throw to second base to give Harrelson enough time to score.

Pelham answered back an inning later to tie the game at 1-1 before each added to their total in the fifth inning.

Calera started off in the top of the fifth with two runs thanks to a two-RBI double from Harrelson.

The Panthers responded in the bottom half to tie the game yet again with a two-run double of their own off the bat of Hallie Burnett.

Pelham took its first lead an inning later when Grace Nolen scored on a fielder’s choice, but Calera got the final two runs just half an inning later to pick up the win.

Hamm pitched a complete game for the Eagles allowing six hits and two earned runs while striking out two.

Brianna Copeland wasn’t too far behind for Pelham in the circle as she tossed a complete game as well and allowed seven hits and two earned runs while striking out six.

Harrelson led Pelham at the plate with a 2-for-4 day including three RBIs and one run scored.

Burnett led Pelham with a 1-for-2 day that included two RBIs.