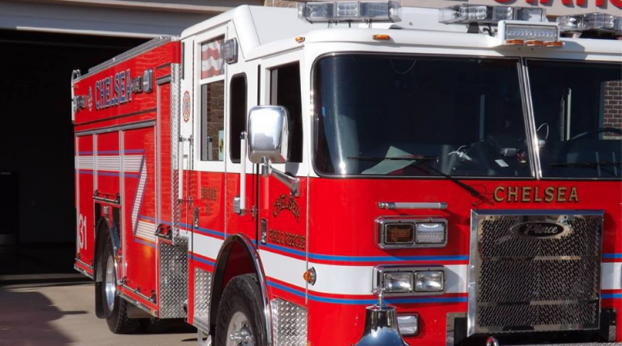 The city of Chelsea resolved to take out a $1 million loan for a new fire truck with an extended ladder. (File)

CHELSEA – The city of Chelsea unanimously voted in favor of authorizing Mayor Tony Picklesimer to secure a loan to acquire a new fire truck at a regularly scheduled city council meeting on the evening of Tuesday, April 3.

The city resolved to take out a loan of $1 million from Renasant Bank, which would enable Chelsea Fire and Rescue to receive a fire truck with a 107-foot extended ladder.

Picklesimer said the city has been planning for the addition of a new fire truck for several years.

“I learned in 2016 that getting them built and inspected is quite the effort,” Picklesimer said.

Chelsea Fire Chief Wayne Shirley thanked the city and said the fire truck will be a much-needed addition to the fire department.

“I appreciate the support to get them the equipment they need to do their jobs,” Shirley said.

In other city council news:

–The Chelsea High School Theatre Troupe opened the meeting by performing a preview of their spring musical, “Once on This Island,” which premiers on Friday, April 13.

–The city voted on an ordinance to annex 1.09 acres of property located on Maske Lane.

–Picklesimer was authorized to sign a $25,000 contract for a second year for services from The Retail Coach.

By NEAL WAGNER / Managing Editor ALABASTER – For the first time in the five years Cultivate Church has been hosting... read more