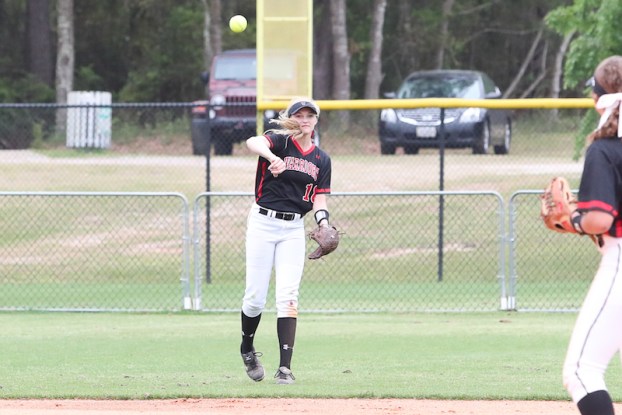 Thompson was ranked No. 3 in the latest Class 7A top 10 just behind Spain Park in second. (File)

A total of four softball teams in Shelby County have stood out from the rest of the pack this season and all four found themselves in the latest ASWA softball rankings, while four other schools were nominated for a spot inside the top 10.

The highlight of the standings was in Class 7A as all three of the county’s teams from the classification are inside the most recent top 10.

Spain Park continued to be the highest ranked team of any team from Shelby County by coming in at No. 2 with an overall record of 26-5.

The Jaguars went 4-2 at the 2018 Gulf Coast Classic during the week of spring break and followed that up with a 22-0 thumping of area foe Huffman to kick off their post spring break action.

While Spain Park continues to be consistently a top five team, the biggest leap up came from the Thompson Warriors, who may be the best team in the county this season.

The Warriors won 10 consecutive games during the week of spring break to win the Gulf Coast Classic, including a win against the Jags in the tournament, who beat Thompson a week earlier.

Thompson carried that momentum over into its first game after spring break and picked up its 11th consecutive win in a 17-0 shutout against Vestavia Hills to improve to 31-5 overall and 2-1 in area play.

The last of the three 7A teams to be ranked were the Oak Mountain Eagles, who came in at No. 7 in the standings.

Sitting at 16-8 so far this season, they don’t have the most wins among ranked teams, but the Eagles have shown they can compete with and beat anybody already this season.

Competing in the same area as Spain Park, both the Jags and the Eagles will be battling to host the area tournament in the coming weeks.

Helena, sitting at 19-5 this season, is also a team of the same caliber as the three 7A teams. The Huskies have responded to two straight losses by winning their last seven games in a row, including two wins against 7A Hoover.

When it comes to talent, Helena has as many Division I college players on its roster as anyone and is a strong favorite to win a state title in Class 6A.

The four other teams nominated for a spot in the top 10 were the Chelsea Hornets, the Calera Eagles, the Shelby County Wildcats and the Vincent Yellow Jackets.

Chelsea has struggled so far this season at 9-10, but can easily turn things around with the talent they have and the confidence of playing a difficult schedule.

Calera is 13-8 overall at the moment and ended a two-game losing streak and losses in three of four with a 5-4 win against Pelham in the Eagles’ first game back from spring break.

Shelby County is dominating teams at the moment and has scored 11 or more runs in eight of their first 13 games. The Wildcats are off to an 11-2 start and have a strong chance in 5A.

Vincent, now 10-1 on the season, lost its last game before spring break by one run to give the Yellow Jackets their first loss of the season. They’ll have a chance to jump into the standings with some wins down the stretch.

By ALEC ETHEREDGE | Sports Editor VINCENT – Trailing 4-3 and down to the last inning of play, the Vincent... read more