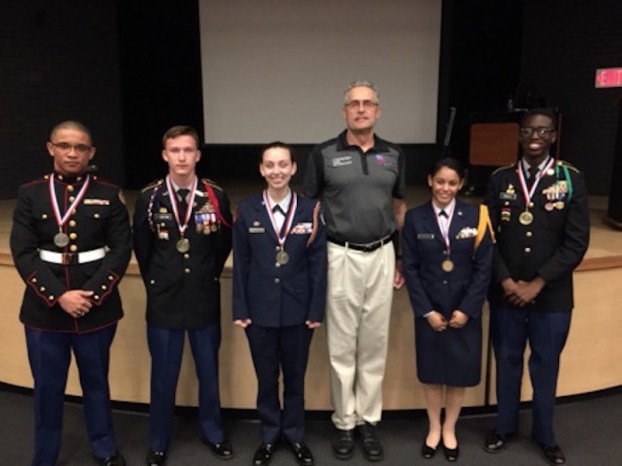 I am a junior cadet in Thompson High School’s AF JROTC program, and if you read the paper often, I’ve written a few articles on the accomplishments AL-932 has made.

From the time I was only 14 years old, unsure of what high school would be like and afraid to become a part of something so large, I know that I have come a long way.

JROTC has been and continues to be a wonderful experience that I would recommend to others. JROTC reminds me daily to do what is right and to be the best that I can be.

Freshman year in the program, I was extremely nervous as to which older cadet was going to yell at me first, but I was completely wrong. The JROTC program has so many misconceptions, from it being just like boot camp to having to join the military. I was welcomed with open arms, support and motivation. Instructors and cadets are extremely welcoming to all people; they care about who you want to become, and they want to help you get there. This was when I realized that I wanted to become more involved with the program by becoming a leader.

I am now a junior in the program, and I can say for myself that I found a strong passion in teaching others leadership. As a freshman, I was heavily involved in the Marksmanship Team and Physical Fitness Team as well as community service. When I made JROTC Staff for my sophomore year, my first goal had been achieved. I was ready to take on responsibility as the Recruiting Deputy and later on the Wellness Deputy. While working on my assigned duties, I made sure to go the extra mile and earn my current position as Executive Officer. As the Executive Officer, I not only make sure that staff members are completing their duties, but I also enjoy working with cadets.

In September 2017, my instructor Lt. Colonel Crabb (Ret.) opened up the opportunity of running for a position on the State JROTC Board. Without hesitation, I immediately began working on my application. After sending it to headquarters in November, I was accepted into the interview process in early January along with 11 other cadets. Being accepted into the interview process was a huge accomplishment and honor for myself as well as the other candidates.

With my nerves on edge, I attended the interview on March 1. Was it perfect? Absolutely not. Nobody is perfect. However, I showed the board that I am passionate and dedicated. The following day, a few other cadets and I attended the annual State Leadership Conference. They concluded the conference by announcing the newly elected state board members. Tears came to my eyes as I was announced State JROTC President. It is one of the most memorable moments of my life.

With the support of my instructor, teachers, family, friends, boyfriend and fellow cadets in AL-932, I reached my true potential. In the program, I strive to do my best, and I am honored for the opportunity to represent the Alabama JROTC Board as President. I look forward to serving during the 2018-2019 school year.

By CADET MAJOR TAYLOR DICICCO / Special to the Reporter The past few months for the AF JROTC unit at... read more