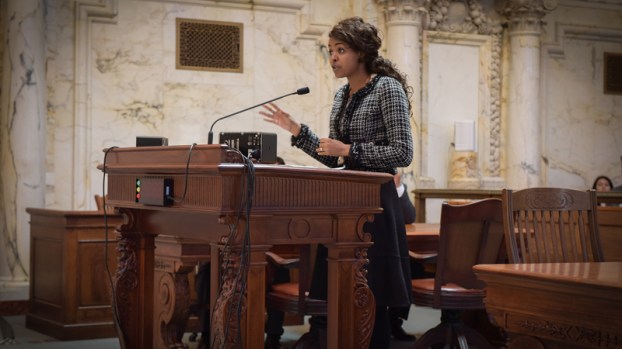 Danielle Alexandra Phillips is a second-year law student at Washington & Lee Law School who attributes her success in moot trial competitions to her coach and teacher at Spain Park High School. (CONTRIBUTED)

She has obtained the highest score in her Constitutional Law school class and will be the first African-American student honored next month in Washington, D.C. by the Baronial Order of the Magna Charta who are descendants of 24 Barons of England connected to the original Magna Carta of 1215.

Recipients of this prestigious scholarship are chosen annually based on achieving the highest academic scores in Constitutional Law as a student of a top American Law School.

Phillips was just elected vice chairwoman of her law school Executive Moot Court Board and as a member of the moot court trial team, recently competed in the Hispanic National Bar Association Moot Court Competition in San Francisco against students from 29 other U.S. law schools where she won First Place for Oral Advocacy.

She is fluent in Spanish. During summer 2018, Phillips will study abroad as a law intern in the U.S. territory of Guam. She is a graduate of Mississippi State University and Spain Park High School and attributes her success in law school moot trial competitions to her high school debate coach and teacher, Oliver Parker, under whose tutelage she first began setting milestones by being selected the first YMCA Youth Judge from Spain Park High School, and the first African American Student Government president.

Phillips is the daughter of Lt. Col. Kenneth Phillips and Mrs. Daphne Pace Phillips of Greystone.

THS teacher named as LifeChanger of the Year finalist

ALABASTER – Thompson High School pre-engineering teacher Brian Copes was recognized as one of the top five contenders for the... read more