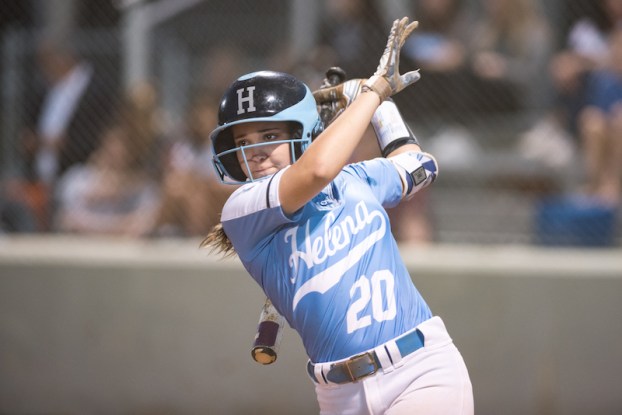 CHELSEA – April 3, marked the second time Helena and Chelsea faced off this season, and once again, the Huskies finished with double-digit hits and plenty of runs to defeat the Hornets 14-5.

After defeating Chelsea 15-3 in the first meeting, Helena scored in all but two innings and tallied 16 hits as a team the second time around to improve to 3-0 in area play.

Helena wasted no time getting on the scoreboard as back-to-back RBI doubles by Katie Lively and KK Wilson in the top of the first inning made it 3-0 Huskies.

Chelsea got a run back in the bottom half of the inning on an RBI-single by Karson Rich to cut the lead to 3-1 but Helena’s offense didn’t slow down.

Helena plated two more runs in the top of the second inning after four straight singles. Lively and Wilson both hit RBIs for the second consecutive inning to make it 5-1.

The Huskies blew the game open in the top of the third inning as an error, RBI-single, fielder’s choice and ground out all led to four runs scored and a 9-1 lead. Chelsea finished with four errors in the game.

Helena led 14-2 heading to the final inning as Chelsea got back three runs on two RBI-singles and a hit-by-pitch, but the deficit was too much to overcome as the Hornets fell 14-5.

Lively and Wilson both led Helena at the plate going 3-for-4. Lively finished with three runs scored, four RBIs and a walk as Wilson scored a run, collected four RBIs and drew a walk.

Avery Barnett started the game in the circle for Helena but was replaced by Peyton Doriety after nine pitches.

Doriety did a solid job as she pitched five innings and allowed two earned runs on eight hits to get the win.

With the win, Helena improved to 19-4 and will try to finish area play undefeated when they take on Pelham on April 10.