COLUMBIANA – An Alabaster man was recently charged as an adult on multiple sex-related charges involving an underage victim. 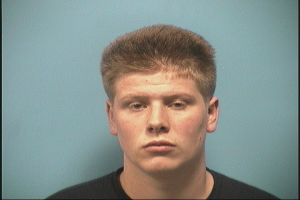 According to court documents, Letts allegedly “engaged in deviate sexual intercourse” with a victim who was younger than 12 years old. Letts is also accused of subjecting the victim to sexual contact “by forcible compulsion.” All of the incidents allegedly occurred between Oct. 1, 2016, and Feb. 28, 2017.

According to Lt. Grand Humphries with the APD, authorities began an investigation after the victim came forward. Letts was arrested after he was interviewed by police. Letts was originally charged as a juvenile, but was later charged as an adult.

As of April 6, Letts remained at the Shelby County Jail on bonds totaling $35,000. His case was assigned to Shelby County District Court Judge Daniel A. Crowson Jr., and his preliminary hearing has not been scheduled.

By GRAHAM BROOKS / Staff Writer HELENA–The Helena Museum located at 5260 Helena Road can tell you more than you... read more