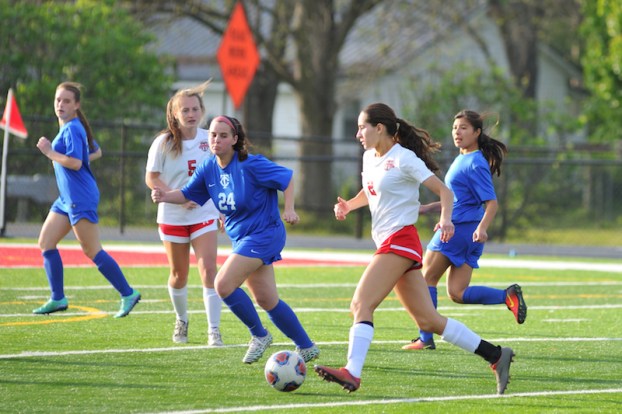 ALABASTER – The Thompson girls’ soccer team picked up a dominant win on Thursday, April 5, by shutting down the visiting Tuscaloosa County Wildcats by a final score of 6-0 on senior night.

With the win, Thompson swept the season series between the two teams and picked up another area victory to improve to 2-2 in area play.

The Warriors (10-7-1) bounced back in a big way after their 2-1 loss to Homewood earlier in the week by scoring four goals in the first half.

Thompson made its way with accuracy, as the Warriors put their first five shots on goal. That combined with a suffocating defense that rarely saw Tuscaloosa County control the ball in the Warriors’ territory.

In fact, the Wildcats didn’t record a single shot for the entirety of the game.

The Warrior defense seemed perched on the midfield line for much of the 80 minutes of play, and anytime a Wildcat clearance made it to that point it was almost instantly returned to the Thompson offense for another attack. 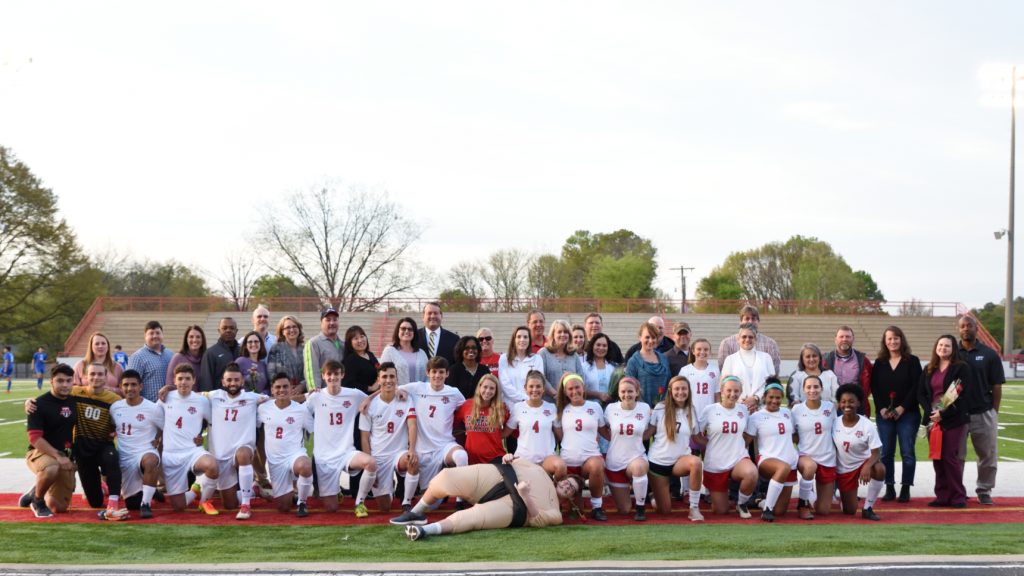 Thompson’s offense moved seamlessly through the Wildcat defense finding passing lanes everywhere on their opponent’s side of the ball.

The majority of the Warriors’ goals came from crosses in front of the Wildcats’ goal as they threaded the needle time and again.

The Warriors were overwhelming throughout the game, gassing the Wildcat defense with assault after assault on their goal.

Thompson finished the game with 22 shots total putting 14 of them on goal. They also had nine attempted corner kicks converting the very first one on a header into the right side of the net.

The Warriors’ 10th win of the 2018 season was a critical one as they look to make a playoff push here in the coming weeks.

Thompson will look to keep its momentum going in the midst of their four-game home stand as they’ll face John Carroll Catholic High School Monday, April 9 at 5 p.m. and get back into area play on Friday, April 13 at 7 p.m. against Hoover.