Man gets prison time for distributing heroin in Alabaster

ALABASTER – A 40-year-old Alabaster man will spend the next five years in prison after he pleaded guilty in March to distributing heroin in Alabaster. 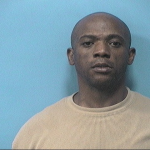 Jeffery Demonte Cunningham, who previously listed an address on Seventh Avenue Southeast in Alabaster, pleaded guilty to one felony count of unlawful distribution of a controlled substance during a March 5 hearing in front of Shelby County Circuit Court Judge William Bostick.

Bostick originally sentenced Cunningham to 20 years in the Alabama Penitentiary, but split the sentence to five years in prison followed by two years of supervised probation. If Cunningham violates the conditions of his probation, his entire 20-year sentence could be reinstated.

Cunningham also must complete a substance abuse education and treatment program, and must surrender his driver’s license.

Cunningham was out of jail on bond while awaiting trial on several other drug charges when he was arrested in March 2016.

At the time of Cunningham’s arrest, then-Shelby County Drug Enforcement Task Force Commander Kevin Turner said Cunningham’s arrest came after a Nov. 12, 2014, traffic stop in the parking lot of the McDonald’s restaurant in Alabaster’s South Promenade shopping center, during which a deputy allegedly discovered a controlled substance in the suspect’s vehicle.

Turner said the substance was sent to forensic investigators, and tested positive for cocaine.

ALABASTER – As part of the Boy Scouts of America Explorers program, male and female high school students from all... read more