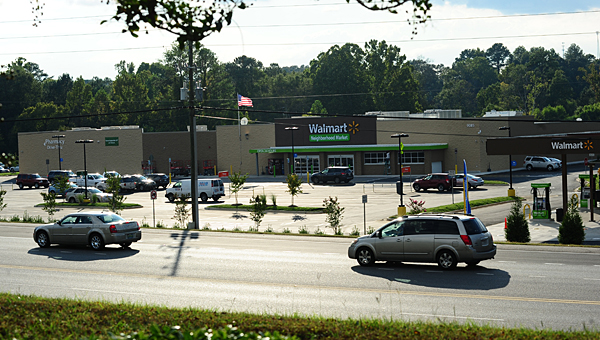 A project to widen Alabama 119 south of Fulton Springs Road in Alabaster likely will enter the right-of-way acquisition phase within the next month, according to the project’s manager. (File)

What’s the status of Highway 119 widening?

ALABASTER –Alabama Department of Transportation employees likely will be able to move forward with acquiring right-of-way for a project to widen Alabama 119 within the next month, the project’s manager told City Council members during an April 5 work session.

Goodwyn, Mills and Cawood engineer Keith Strickland gave council members a brief update on the project to widen the roadway south of its intersection with Fulton Springs Road, and said the company is planning to have a meeting with ALDOT “within the next 30 days.”

“After that, we will be able to move forward with getting right-of-way,” Strickland said, noting ALDOT employees are set to meet with property owners along the project’s route.

In December 2017, Alabaster City Manager Brian Binzer said Goodwyn, Mills and Cawood had designed 60 percent of the widening project, which was the threshold required to present the plans to ALDOT.

Binzer previously said the city must acquire about 40 pieces of property along the 119 corridor to allow the project to begin construction, and estimated the acquisition phase will take between nine and 12 months after beginning this year.

Because the project is using federal dollars, the city must have all right-of-way in hand before construction can begin, Binzer said.

In 2014, the council approved a contract with Goodwyn, Mills and Cawood to conduct a topographic survey and corridor study for a project to widen the highway. Plans call for the road to be widened to five lanes – Two travel lanes in each direction and a center turn lane – along the nearly two-mile stretch between Fulton Springs Road and just south of Veterans Park.

On April 5, Binzer said the city had applied for a Congestion Mitigation and Air Quality grant through the Regional Planning Commission of Greater Birmingham to help offset the city’s matching funds on the widening project.

PRATTVILLE – A Columbiana man was killed in a single-vehicle collision that occurred at 8:30 a.m. on Friday, April 6.... read more