CHELSEA – On Monday, April 9, a Chelsea man who was recently accused of murdering a Shelby resident was released from the Shelby County Jail on a bond of $75,000.

Jacob Ryan Davenport, 25, who lists an address on Lime Creek Cove, was released from jail a day after he was arrested by the Shelby County Sheriff’s Office. 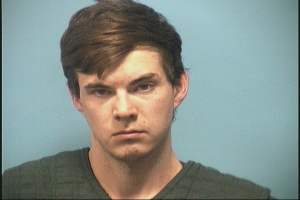 According to the SCSO and court documents, Davenport allegedly used a Springfield .40 caliber handgun to fatally shoot 24-year-old William Pate Walker at a residence on the 900 block of Paradise Cove Lane.

Shelby County 911 received word of the shooting at around 1 a.m., and Davenport and Walker were both located once deputies arrived. Walker was pronounced dead at the scene.

Murder is a Class A felony. If convicted, Davenport could spend the rest of his life in prison.

Davenport’s case was assigned to Shelby County District Court Judge Daniel A. Crowson Jr. Davenport is set to appear in court for a preliminary hearing at 8:30 a.m. on May 2.