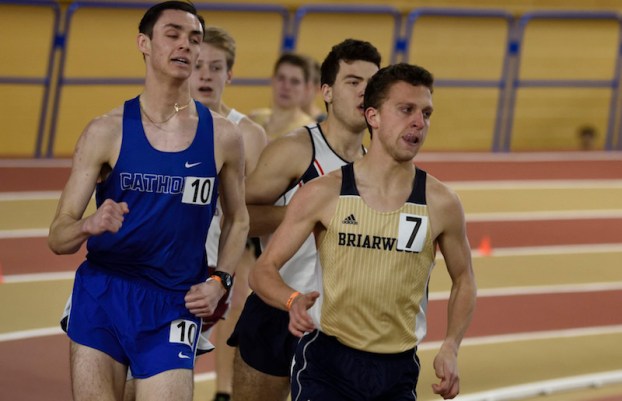 HOOVER – With section meets two weeks away, the track and field season is winding down and teams are looking to end the regular season with momentum for a chance to make it to the state meet May 3-5.

Eight local teams competed at the Spain Park Classic on Saturday, April 7, to square off against some of the same talent they will see down the road and each of the teams had impressive highlights at the event. A recap of the 1A-5A teams that competed in the event is below.

While the Calera girls finished 10th overall and the boys finished in last overall, each had highlights that were impressive starting with Nia Maye for the girls.

Brenee Robinson also had a nice showing in the 200-meter dash with a finish of fifth thanks to a time of 29.05. Syncere Henderson was the only other Calera girls’ athlete with a top-10 finish as she took home seventh in the 300-meter hurdles.

Jacobi Gaines and Phillip Douglas were the two highlights for the boys, as Gaines finished seventh in the 110-meter hurdles and Douglas finished 10th in the shot put event.

In the overall team standings, Briarwood continued its strong season thanks to the boys finishing in third and the girls finishing in sixth.

Zach Howard, in the boys 1-mile run, Cady McPhail, in the girls 1-mile run, and Andrew Sherrod, in the javelin throw, made up the Lions’ three first-place finishers.

The Vincent Yellow Jackets were highlighted by six different athletes and one team finishing inside the top 10.

Tion Wright also had a nice performance in the discus throw with a finish of ninth behind Reynolds.

For the boys, Elijah Threatt (eighth), Kaleb Wilson (ninth) and Chris Hardie (fourth) all had top-10 finishes, while the boys’ 4×100-meter relay team finished in eighth.

Westminster, who is looking to add to its collection of multiple blue maps this season, finished fifth in the girls standings and eighth in the boys standings, as the Knights competed against teams in higher classifications.

Similar to Briarwood, the Knights were highlighted by one first-place finish, nine top-three finishes, 14 top-five finishes and 22 top-10 finishes at the event.

That lone winning performance came from Hallie Porterfield in the 2-mile run where she finished the race in 12:40.79 to beat out Chelsea’s Teanna Cason by four seconds.