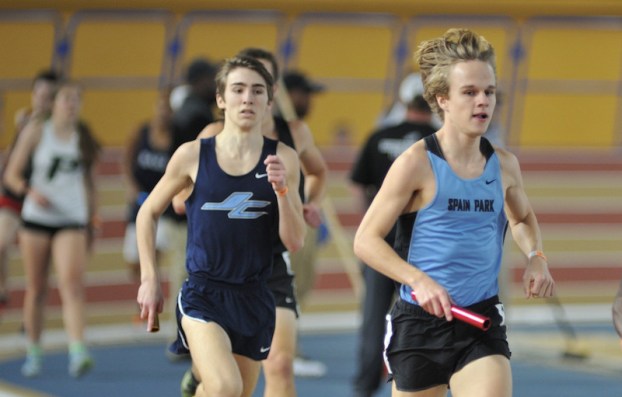 HOOVER – With section meets two weeks away, the track and field season is winding down and teams are looking to end the regular season with momentum for a chance to make it to the state meet May 3-5.

Eight local teams competed at the Spain Park Classic on Saturday, April 7, to square off against some of the same talent they will see down the road and each of the teams had impressive highlights at the event. A recap of the 6A-7A teams that competed in the event is below.

One of Spain Park’s biggest highlights was the 200-meter dash where two runners finished inside the top 10. Sydney Taylor took third in the event, while Makayla Hay finished in ninth. Taylor also finished in seventh in the 100-meter hurdles.

MacKenzie Culpeper and Holland Lidikay had strong showings in the 800-meter hurdles with Culpepper finishing first and Lidikay taking ninth. Both also finished fourth and seventh, respectively, in the 1-mile run.

Outside of that, Spain Park saw 21 other top-10 finishes in its own event, which led to the Jags finishing in third in both the boys and girls standings.

Athletes to finish inside the top three for the Jags were Anna Collins and Jacob Warner.

The Eagles started off with a bang in the girls’ events, which led to them finishing first in the overall girls’ team standings at the end of the event.

Starting in the 100-meter relays, Halla Stallworth (fourth), Grace Campbell (seventh) and Chloe Hammett (eighth) all finished in the top 10.

In the 1-mile run, Kate Van Beek and Anna McGowan finished inside the top 10 with finishes of sixth and 10th, respectively.

Emma Farmer finished third in the high jump, while Olivia Hood and Phoebe Cooper finished second and third, respectively, in the javelin throw.

The girls also finished second as a team in the 4X800-meter relay.

For the boys, Alonso Moreno had two top-10 finishes by taking fourth in the 200-meter dash and sixth in the 400-meter dash just ahead of teammate Jimmy Harris.

He finished behind teammates Noah Brown (third) and Cole Callahan (fourth) in the 300-meter hurdles.

In the javelin throw, Cade Marty (second), Jalen Thomas (seventh) and Chris Hood (10th) were all able to finish inside the top 10.

As a team, the Eagles finished first in the 4X800-meter relay, while they finished sixth overall in the team standings.

For Helena, the boys shined and ended up picking up a second-place finish in the overall team standings just behind Hewitt-Trussville.

Jordan Wallace was one of the best athletes at the event thanks to first-place finishes in all three of his events.  Wallace finished atop the standings in the 300-meter hurdles, the long jump and the triple jump.

Blake Vaughn also had a strong finish of fifth in the 2-mile run, while Will Hawes finished 10th in the 110-meter hurdles.

Behind Stuckey in the high jump, Matthew Hobbic, T.J. Funches and Connor Tiffin all finished inside the top six.

For the girls, Abigail Ford, Allison Tanner and Ana Watters all had impressive showings.

Tanner was able to finish first in the high jump to highlight the three athletes, while she also took home second in the triple jump.

Ford finished fifth in both the 1-mile and 2-mile run, while Watters finished just behind Ford in the 2-mile run in sixth.

Erin Fuller and Brianna Wilson both finished in the top 10 of the shot put event, while Wilson finished seventh in the discus throw to give her two top-10 finishes.

As a team, the girls finished in eight overall.

Teanna Cason continues to be a young highlight for the Chelsea Hornets, as she picked up two top-10 performances for the Hornets.

The boys’ team was able to post two top-10 finishes, one being a team effort and the other coming from Chandler Ard.

Ard finished in ninth in the 200-meter dash, while the 4X100-meter relay team finished in 10th.