SHELBY – A Shelby man was recently taken into custody by the Shelby County Sheriff’s Office on several theft and drug related charges.

Christopher Shelby Higgins, 18, who lists an address on Rockhill Drive, was arrested on Saturday, March 31, and charged with theft in the first degree, burglary in the third degree and possession of drug paraphernalia. 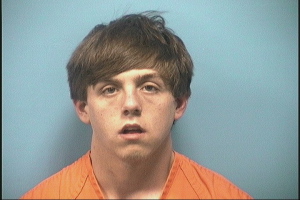 According to court documents, Higgins allegedly “knowingly entered or remained unlawfully in an unoccupied property,” and stole a utility trailer, chainsaws, air conditioning units, a heater with a propane tank, a kerosene heater, tree spikes, climbing rope, a Husky generator, a Mitre saw, a router and a water taping machine on March 21. The items have a total value of $4,425.

Higgins was also allegedly in possession of a pipe used to smoke a controlled substance on March 30.

After his March arrest, Higgins was held at the Shelby County Jail on bonds totaling $16,000 until his release on Tuesday, April 3. Higgins’ case was assigned to Shelby County District Court Judge Daniel A. Crowson Jr., and his preliminary hearing is scheduled for 8:30 a.m. on April 25.

CHELSEA – On Monday, April 9, a Chelsea man who was recently accused of murdering a Shelby resident was released... read more