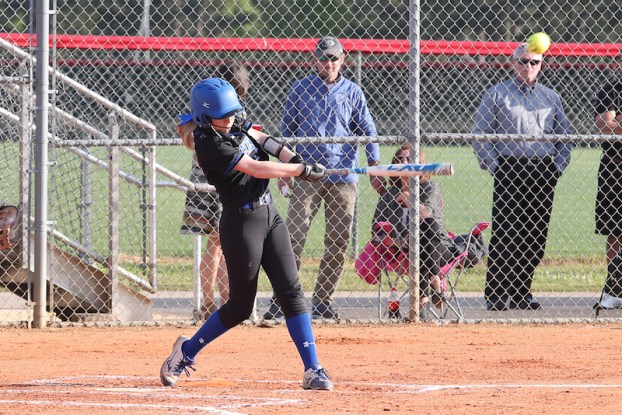 Chelsea ended up taking down Oak Mountain 2-1 after scoring two early runs and fending off a comeback for the remainder of the game. (For the Reporter/Dawn Harrison)

Chelsea holds on for win against Oak Mountain

NORTH SHELBY – A two-run first inning ended up being the difference in a matchup between county foes Oak Mountain and Chelsea on Monday, April 9.

Chelsea scored two runs in the top of the first inning and despite not scoring for the remainder of the game, the Hornets were able to hold on for a 2-1 win thanks to a strong pitching performance from Sarah Cespedes in the circle.

In what could have been an even bigger inning, Chelsea’s first-inning success started with a leadoff home run from Brooke Burback, who bombed a ball over the left-field wall for a quick 1-0 lead after just one pitch.

A walk to Skylar Baker and a single from Lexi Serio put the next two batters aboard with still no outs in the inning. After a sacrifice bunt moved both runners into scoring position, Camryn Smith hit a ground out to second that allowed Baker to score Chelsea’s second run of the inning.

After allowing two hits and a walk in the opening inning, Oak Mountain starting pitcher Lacey Marty went on to allow just five more hits and one more walk the rest of the game and allowed no runs, as she kept her team in the game during the final six innings.

While Cespedes also did a good job of shutting down Oak Mountain throughout the game, the Eagles were able to threaten on several occasions.

In the bottom of the second, they loaded the bases with two outs, but a clutch strikeout from Cespedes then ended the threat. In the bottom of the third and the fifth, Oak Mountain saw two runners get into scoring position thanks to three combined walks and a hit batter.

With all of those chances coming and going, Oak Mountain finally capitalized and put a run on the board in the bottom of the sixth.

Tori Denkers singled to put a runner aboard, before being replaced by pinch runner Clara Fuller. Two batters later, Fuller was able to score all the way from first when Riley Sullivan doubled to left field.

With Chelsea’s lead now just one run, Cespedes locked in on the next batter and eventually forced a ground out to end the threat.

The Hornets went down quietly in the top of the seventh, but the bottom half of the inning created for an exciting finish.

A single from Abbi Brown and a walk to M’Kiyah Mitchell put two runners aboard with two outs.

One at bat after Mitchell’s, Bryson Campbell was able to hit a line drive to right field that looked like it may be a game-tying hit.

Brown rounded third base and tried to leg out the game-tying run, but a great throw from right fielder Abigail Bryars to catcher Burback was perfect and nailed brown at the plate for the game’s final out.

Serio led Chelsea offensively with a 3-for-3 performance, while Cespedes was 2-for-3. Burback and Smith had the Hornets’ only two RBIs.

Sullivan led Oak Mountain with a 2-for-3 day at the plate with one RBI.

Cespedes allowed six hits and struck out five in the win, while Marty struck out six and allowed seven hits for Oak Mountain.

By ALEC ETHEREDGE | Sports Editor NORTH SHELBY – A quiet and scoreless first half on the pitch between Oak... read more