COLUMBIANA – A Chelsea man was recently arrested and charged with trafficking drugs in Columbiana by the Shelby County Drug Enforcement Task Force.

Nathan Cade Adams, 20, who lists an address on Shelby County 440 was taken into custody on Wednesday, April 4, and charged with trafficking LSD, possession of a controlled substance and possession of marijuana in the second degree. His arrest came as the result of an investigation by the SCDETF. 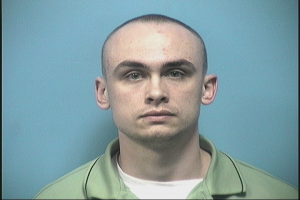 Trafficking LSD is a Class A felony. Adams could face a life sentence in prison if he is convicted. Possession of a controlled substance is a Class D felony and second-degree possession of marijuana is a Class A misdemeanor.

As of Wednesday, April 11, Adams remained at the Shelby County Jail. His case was assigned to Shelby County District Court Judge Daniel A. Crowson Jr., and he is set to appear in court for a preliminary hearing at 8:30 a.m. on April 25.