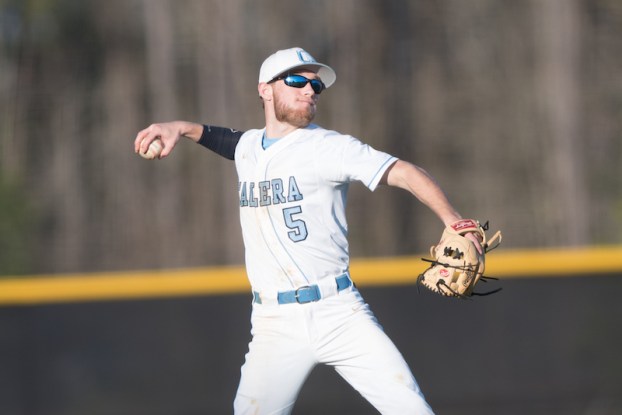 The latest ASWA baseball rankings featured four local teams as we inch closer to the playoffs that are now less than two weeks away. (File)

With just one week left in the regular season and most teams having one full area series remaining, the baseball season is winding down and several teams are fighting hard for a playoff spot.

The most recent baseball rankings show how impressive the baseball teams in Shelby County are, but it also shows how competitive the area is which makes finding a spot in the postseason a tall task.

Several of the teams in the most recent poll, however, have already clinched a spot in the playoffs which makes the final week of the season slightly less stressful.

Out of the four teams that are ranked, Briarwood, Calera and Chelsea have all locked up playoff spots, while unranked teams Helena and Vincent have also clinched a spot in the postseason.

That already gives the county five baseball teams in the playoffs, while Spain Park, Oak Mountain and Thompson were teams ranked or nominated that still have chances.

The Eagles, despite still searching for a playoff spot, were the highest ranked team from Shelby County in the most recent ASWA poll coming in at No. 2 in the 7A standings. Oak Mountain is 21-8 overall this season and has won three of its last four games.

Spain Park (17-12) and Thompson (18-15) were nominated for a spot in the Class 7A rankings, and will have to win some big games in the next week to make the playoffs.

In Class 6A, Chelsea jumped back into the standings after a sweep of Pelham to improve to 18-9 overall and 3-1 in area play and grab the No. 8 ranking in the poll.

Helena, who is 17-12 this season, is also 3-1 in the same area and has clinched a playoff berth, but the Huskies were just left out of the rankings as the defending state champ.

The strongest classification for rankings among county teams was Class 5A, as Briarwood and Calera were both ranked inside the top five.

The Lions were the higher ranked of the two at No. 3 thanks to 14 wins in a row to get to 20-3 overall this season and lock up the area championship.

One spot lower at No. 4 were the Calera Eagles, who won five consecutive games at the USA Baseball Classic to take home the championship after competing against several powerhouse teams from around the Southeast. The Eagles are now 19-5 overall this season.

In Class 2A, Vincent wasn’t ranked, but did receive votes to be inside the top 10 as they sit at 15-9 this season.

By ALEC ETHEREDGE | Sports Editor HOOVER – With section meets two weeks away, the track and field season is... read more