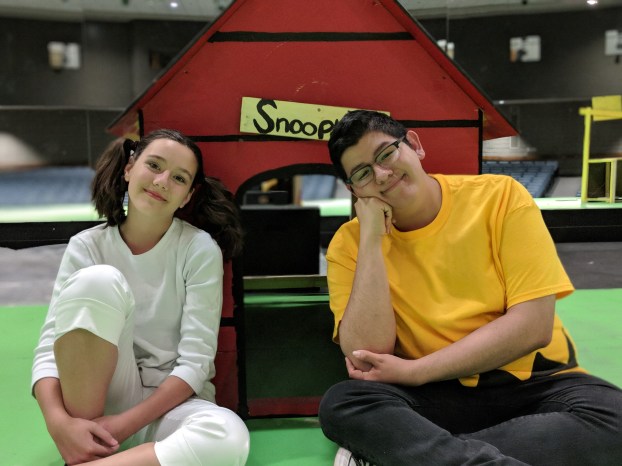 Pelham High School students will debut the musical “You’re a Good Man, Charlie Brown” at the PHS auditorium on April 19 at 7 p.m. (Contributed)

PELHAM – Pelham High School’s theater department is busy rehearsing for its upcoming full-length musical, “You’re a Good Man, Charlie Brown,” which will debut at the PHS auditorium on Thursday, April 19.

The play will feature classic Charlie Brown storylines and characters such as Charlie and Sally Brown, Snoopy, Schroeder and Linus and Lucy van Pelt.

The audience will hear songs such as “You’re a Good Man, Charlie Brown,” “The Red Barron” and “Happiness.”

“Audiences can expect to see storylines from the classic comic strips and the overall message will be about finding happiness in the simple things,” Bailey said.

With the cast, crew and stage technicians, Bailey said 45-50 students are involved in producing the play.

Bailey said the show will feature bright set props and costumes and will be a fun event for the whole family to attend.

“This will be a great show put on by the kids,” Bailey said. “It’s something they’re proud of and the audience will really enjoy it.”

Tickets are $7 for students, $10 for adults and free for children 5 years old and under.

FROM STAFF REPORTS HOOVER – A youth minister was arrested on April 10 in Pelham by Hoover police officers for... read more