HOOVER – A youth minister was arrested on April 10 in Pelham by Hoover police officers for allegedly molesting a child. 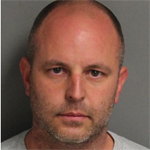 Paul Edward Acton Bowen, 37, of Southside has been charged with second-degree sodomy; enticing a child to enter vehicle, house, etc., for immoral purposes; and sexual abuse in the second degree, according to the Hoover Police Department.

Bowen is the founder of Acton Bowen Outreach Ministries.

Detectives with the HPD Special Victims Unit began investigating the case three weeks ago, with formal arrest warrants being obtained on April 11 from the Jefferson County District Attorney’s Office, according to an HPD press release.

The suspect was taken into custody in Pelham and transported to Hoover City Jail, then transferred to the Jefferson County Jail, according to the release.

The victim is a male family acquaintance between the ages of 12 and 16. Police said the victim is “doing well and has been in a safe environment since police were first notified.”