Brandon Matthew Bryson, 29, who lists an address on Eddings Lane, pleaded not guilty and not guilty by reason of mental disease or defect to one count of sexual abuse of a child younger than the age of 12. 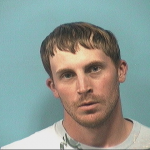 According to court documents, Bryson allegedly subjected the victim to sexual contact on April 17, 2016. Bryson’s arrest warrant stated that the victim was 4 years old at the time of the incident.

Sexual abuse of a child younger than 12 is a Class B felony, which can result in a prison sentence of up to 20 years upon conviction.

Bryson was taken into custody by the Alabaster Police Department on May 16, 2016. He was released from the Shelby County Jail on a $15,000 bond on the day of his arrest.

Bryson is scheduled to appear in court before Shelby County Circuit Court Judge William H. Bostick III for a status call at 8:30 a.m. on June 5.

ALABASTER – First graders at Creek View Elementary School got a glimpse at career options in the community during the... read more