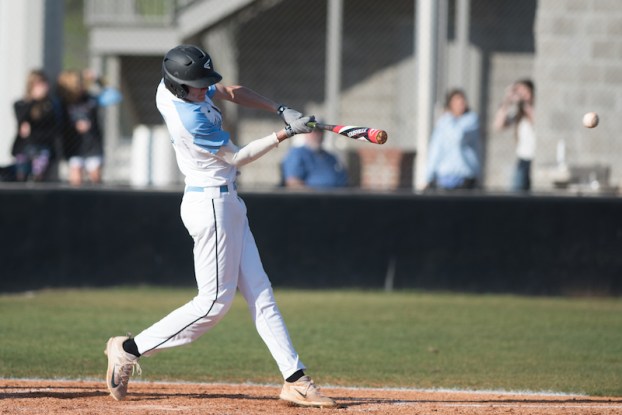 Helena was able to take down Chelsea in a tiebreaker game for the area championship on Friday, April 13, by a final of 2-1.

Helena tops Chelsea by one run in tiebreaker for area championship

HELENA – With both teams sitting at 3-1 in area play after sweeping Pelham and splitting a series against each other a few weeks prior, the Chelsea Hornets and Helena Huskies met at Helena High School on Friday, April 13, in a tiebreaker to determine the area champion and which team would host a first-round playoff game instead of being forced to hit the road.

In the first two matchups between the two, the Hornets won game one 4-1, while the Huskies picked up a victory in game two, 8-5.  Between those games, the two teams combined for 28 hits, but this time around they’d combine for 25 less than that.

It was a game dominated by pitching as both starters, Brock Hill (Chelsea) and Landon Green (Helena), were locked into a zone giving their respective team a chance to win.

While Chelsea picked up the first run of the game in the top of the second inning, the Hornets picked up just one hit for the entire game, before Helena went on to score two unanswered runs between the bottom of the fifth and the bottom of the sixth to pull off a come-from-behind 2-1 victory for the area championship.

The Hornets put the first run of the game on the board in the top of the second inning thanks to a two-out rally. Connor Griffin got it started when he picked up a single on a ground ball to shortstop that ended up being trouble and leading to Chelsea’s only hit of the game.

Griffin eventually moved into scoring position after a passed ball allowed him to move over to second. One pitch later, Nolan Forehand hit a ground ball to third base and was able to reach on an error.

That same error not only allowed Forehand to get to second, but allowed Griffin, who was running on contact, to come around and score for the 1-0 lead.

The game became quiet again after that, but the Huskies were determined not to give up another run and put Chelsea down in order for the next four innings in a row to give themselves a chance to pull off the win.

Helena finally capitalized on the solid defensive effort in the bottom of the fifth with a two-out rally of its own. Lawson Peoples was able to single on a hard ground ball to third base to get the rally started.

Josh Daugherty then replaced Peoples as a pinch runner and was quickly able to advance to second after a pickoff attempt led to an error.

Trevor Bell then laced a single to right field that allowed Daugherty to cross the plate for the game-tying run before Bell was eventually thrown out at second for the final out of the inning.

While the Huskies were unable to take the lead in the fifth, they had a chance to really bust the game open in the sixth when Chelsea walked the bases loaded.

Green eventually hit a ground-out fielder’s choice that allowed John Heacock to cross the plate for not just the go-ahead run, but what became the game-winning run.

Helena was unable to add any more damage, but Richard Fitts was able to come in for the Huskies in the top of the seventh to close the game by picking up strike outs in two of the final three outs recorded.

Bell and Green picked up Helena’s only two hits of the game, while Griffin had Chelsea’s only hit. There were a combined seven walks between the two teams, but the only ones that mattered were in the bottom of the sixth when Helena was able to load the bases solely on walks.

Green got the win for Helena by tossing six innings of one-hit baseball. He allowed one unearned run and two walks while striking out four.

Chelsea’s Brock Hill went head-to-head against Green and allowed just two runs, one of which was earned, and two hits while striking out four in five and a third on the mound.

Helena will now host Chilton County in the first round of the playoffs with a double-header on Friday, April 20, with an if necessary the following day.

Chelsea will travel to Stanhope-Elmore on Friday for a double-header with an if necessary the following day as well.