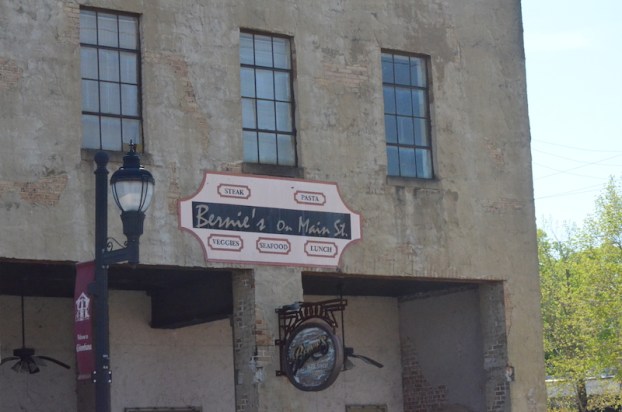 The owners of Bernie's on Main Street recently announced that the restaurant is officially closed. (File)

COLUMBIANA – A well-known Columbiana restaurant announced that it had permanently closed on Monday, April 16.

“We had a great run, and we’re so proud to have been able to serve you,” the owners of Bernie’s on Main Street wrote in a post on the restaurant’s official Facebook page. “This chapter in our lives was a beautiful one, and we’re so grateful to you for your part in our lives.”

The post referred to the decision to close Bernie’s as difficult, “but the right one.”

“We’ve probably put it off for longer than we should have, in fact,” the post read.

Acting South Shelby Chamber of Commerce Director and Columbiana native Keyla Handley expressed her disappointment at the news of the restaurant’s closing.

“It’s disappointing to lose a business anywhere in Shelby County, and we wish Bernie and his family all the best,” Handley said. “From a personal standpoint, my family and I have great memories at Bernie’s on Main with lots of laughter and great meals with family and friends. It will be greatly missed on Main Street in Columbiana.”

The owners of Bernie’s said they are appreciative of their time in Columbiana and grateful for the relationships they established with members of the community.

“We’ve made so many beautiful memories during the years. Columbiana is dear and close to our hearts, always,” the post read. “Thank you for the love, the laughter and the friendship all of you have given us through the years.”

As of Tuesday, April 17, the restaurant’s official website, Berniesonmain.com, had been taken down.

COLUMBIANA – Members of the Columbiana community gathered in the auditorium of Shelby County High School for a gospel concert... read more