HOOVER – Hoover City Schools Superintendent Kathy Murphy is one of four finalists for the position of Alabama superintendent of education. 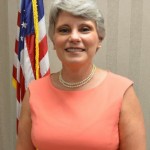 The Alabama superintendent will be chosen by the state Board of Education, of which Gov. Kay Ivey is president, following final interviews on April 20.

Murphy’s contract with Hoover was extended two years by the HCS Board of Education in March 2017, through June 2020.

Murphy, in her third year in the position, scored a 4.3 overall on a 5-point scale in an evaluation announced in March and performed by the Alabama Association of School Boards.

Prior to her time with HCS, Murphy was the superintendent of Monroe County Public Schools beginning in 2011.

She began her career as a physical education teacher with Auburn City Schools in 1984, and then served in numerous administrative roles with both Troy City Schools and Butler County Schools. She also taught at the college level.

Mudano named to Hoover Board of Education