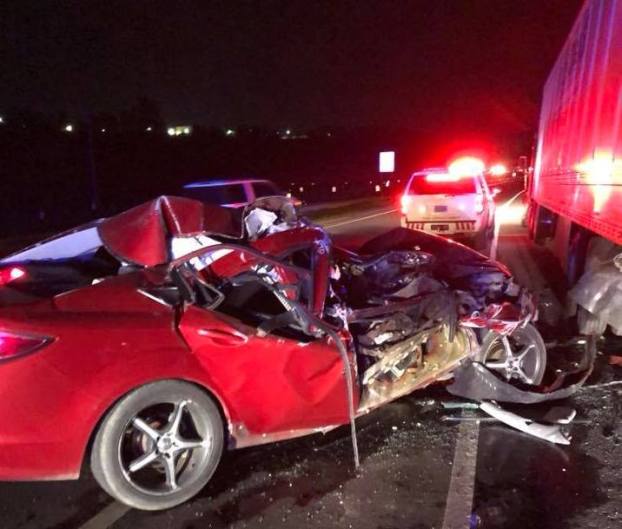 Despite the extensive amount of damage a four-door Sedan sustained in a recent collision with an 18-wheeler, no fatalities were reported. (Contributed)

None killed in I-65 collision

ALABASTER – First responders from the Alabaster Police Fire Departments arrived on the scene of a wreck involving two vehicles on the night of Friday, April 13.

The accident occurred shortly before midnight in the northbound lanes of Interstate 65 when the driver of a four-door Sedan struck the back end of an eighteen-wheeler. The Sedan sustained a significant amount of damage.

The AFD stated that the driver of the Sedan sustained some injuries, but none of them were life threatening. No one was killed as the result of the accident.

“It was a miracle she survived,” said firefighter Rowdy Tidwell.